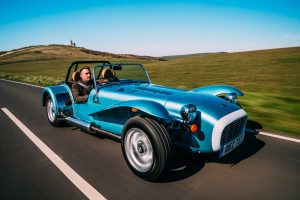 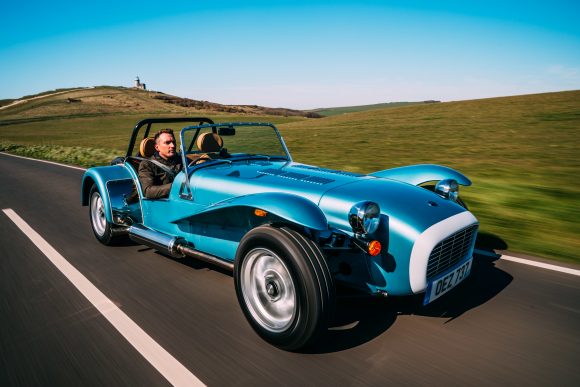 Caterham has added Suffolk-based Krazy Horse to its UK network.

The Bury St Edmunds dealership is the first one that the iconic British sports car maker has teamed up with that sells motorbikes as well as cars.

It will sell the full UK range of Caterham’s cars, from the retro-inspired Super Seven 1600, pictured, to the 620, plus a selection of aftersales products including service, warranty and parts support.

The appointment of Krazy Horse takes the number of retailers in Caterham’s UK network to five.

The Seven will nestle alongside several other famous manufactures such as Morgan, Indian Motorcycle and Dodge.

Graham Macdonald, chief executive of Caterham, said: ‘Not only is this the first time we’ve had a retailer selling our products in the east of England, but it’s also the first time our cars have been sold alongside motorbikes.

‘For us, that’s a really exciting opportunity, given there are many synergies between owning a Seven and a motorbike.

‘It’s also hugely satisfying that despite there being so much uncertainty in the world we’re expanding our offering to UK customers.

‘Hopefully, that means more Brits in the east of England will get to experience the unrivaled fun and thrills driving a Seven can bring.’

Paul Beamish, owner and managing director of Krazy Horse, added: ‘I am thrilled to add another iconic brand to the Krazy Horse stable.

‘Having been a fan of the Seven since a child, with its back-to-basic thrills and out-and-out performance credentials, it slots into the Krazy Horse offering perfectly.’

A Caterham Krazy Horse Demo Day is planned for Saturday, October 24. Because of the pandemic, attendance is only by appointment, which can be made on 01284 749645.

Krazy Horse was started by Beamish in 1996 as a hobby, since when it has grown to become a four-retailer business.