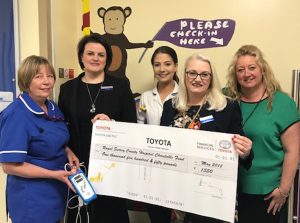 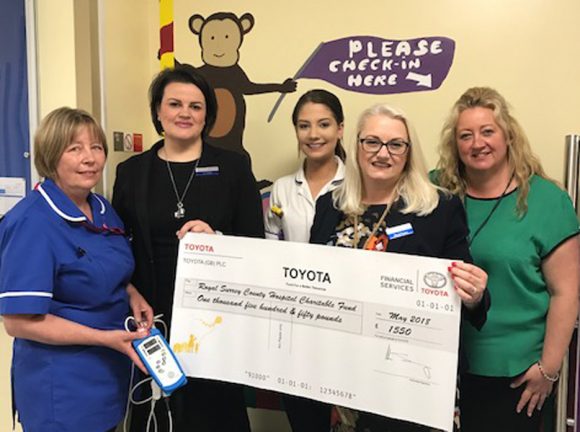 INCHCAPE’S Lexus retail centre in Guildford has donated £1,550 to the children’s outpatient unit at the Royal Surrey County Hospital.

The automotive retailer, based in Moorfield Road, Guildford, provided the grant to help the hospital to buy a device to help staff assess children’s breathing.

The presence of the new piece of equipment – called a saturation monitor – will mean youngsters won’t always have to be admitted to a ward.

The donation was made as part of the Toyota Fund for a Better Tomorrow – a nationwide programme of grants which Toyota and Lexus retail centres can bid for to support charities, schools and community projects in their area.

‘The hospital is particularly close to our team’s hearts as two of our colleagues’ wives work there.

‘The Toyota Fund for a Better Tomorrow is a fantastic initiative which helps us to support causes within our local communities and the donation was gratefully received by the hospital.’

MORE: Avensis is going – but Camry is returning to the UK, says Toyota

MORE: Motor fans to get glimpse of new Ford GT as tour begins

On WorkshopMagazine.co.uk: Remit launches Start Being a Girl campaign