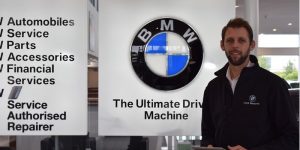 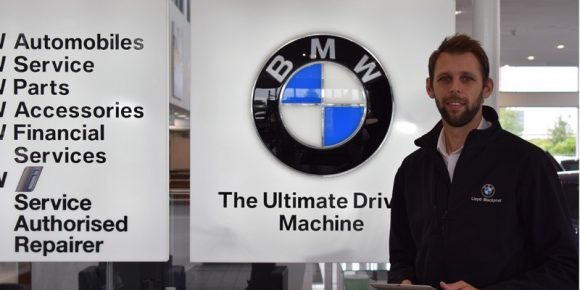 A PAN-EUROPEAN contest run by Harman Kardon and BMW has been won by Rossi Polak – a ‘product genius’ at Lloyd Blackpool BMW Centre.

Eight winning places were up for grabs in the contest, in which BMW product geniuses presented videos demonstrating the latest sound system from Harman Kardon.

Polak was one of the winners, and as his reward he was whisked to Berlin for two days of exclusive activities and experiences.

After he had completed an advanced workshop led by Harman Kardon acoustic engineers, he and the other winners were given a ‘top secret’ insight into sound system technologies and presented with a ‘Genius Sound Expert’ certificate.

An evening banquet and VIP night out on the town was followed by an early start for the Berlin ePrix – a round of the FIA Formula E Championship.

Polak had the chance to watch the action live from the private race suite, and was also granted access to the garage area of the BMW-backed Andretti Autosport team.

In a statement, Lloyd Motor Group said: ‘If you are looking for some advice, tips or help with your Harman Kardon sound system, ask for Rossi – he’s officially one of the best product geniuses in the world! Well done Rossi from everyone here at Lloyd!’