Home > News > Lucky for some? Only 13 of 152 dealers in part-worn tyres are keeping buyers safe 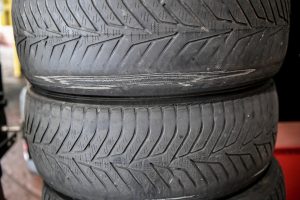 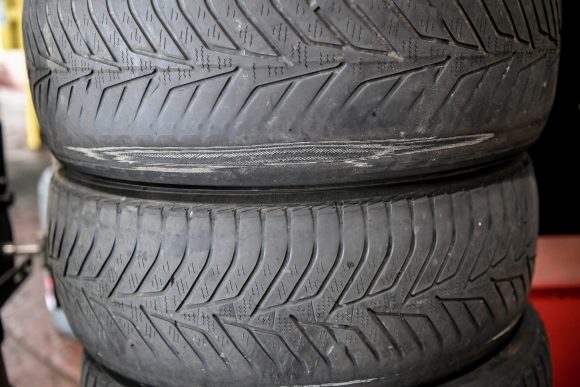 Lucky for some? Only 13 of 152 dealers in part-worn tyres are keeping buyers safe

JUST 13 of 152 dealers in part-worn tyres nationwide are keeping motorists safe, according to a new study.

The safety charity TyreSafe carried out a five-year investigation with Trading Standards, visiting 152 outlets dealing in part-worn tyres to check the condition of what they were selling.

It found that 139 of them were selling illegal and unsafe tyres to an unsuspecting public, leaving a mere 13 operating within the law.

As the only point of contact between a car and the road, tyres are a crucial factor in safety, providing the grip needed for effective braking and steering systems.

However, the probe showed that most sellers of part-worn tyres were showing ignorance or incompetence.

Investigators made test purchases where, for example, dealers fitted tyres with water in them to the car’s wheels, while others provided the wrong size of tyre. Some even offered tyres with objects such as nails embedded in them.

One retailer highlighted was Junaid Akhtar, the owner of Hemel Tyres in Bury Road, Hemel Hempstead. The 27-year-old, of Upper Belmont Road in Chesham, was prosecuted by Hertfordshire Trading Standards after supplying a tyre with a patch-only repair ¬– the law only allows a mushroom patch or patch-and-filler combination.

The untreated penetration hole repair could have led to the tyre deflating quickly while in use and was therefore unsafe, an expert witness told St Albans magistrates.

After finding Akhtar guilty of two offences of tyre safety and one of being a retail ‘distributor’ without keeping the appropriate records, the JPs fined him £4,800 and ordered him to pay £2,325 costs. Saying how shocked they were at the case, they also warned Akhtar that he faced going to prison if there were more offences.

Afterwards, Cllr Terry Hone, executive member for community safety at Hertfordshire County Council, said: ‘We hope that this sends a message to the part-worn tyre market in Hertfordshire that we take these matters very seriously.

‘Our consumers should be able to expect that any tyre they buy for road use complies with safety standards.’

TyreSafe chairman Stuart Jackson said: ‘TyreSafe applauds the magistrates’ comments and penalties in this latest conviction, but it must be acknowledged that the retail of dangerous and defective tyres by part-worn dealers is unacceptably commonplace nationwide. As far as TyreSafe is aware, there is no other retail sector with such an atrocious track record.

‘Let’s remember these dealers are selling safety-critical components – when tyres are driven in an unroadworthy condition, a vehicle’s braking and steering are compromised, and road users are put at significant risk of a catastrophic tyre failure.’