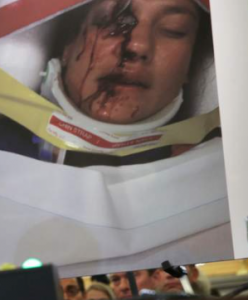 FOUR manufacturers are recalling cars over a world airbag alert.

Honda is the latest manufacturer to recall cars fitted with Takata airbags, which have been linked to five deaths around the world. Toyota, Nissan and Daihatsu have already announced they are recalling models.

Honda will be bringing in for checks almost 4.9 million cars fitted with the airbags.

Investigations have shown moisture has weakened seals in the airbag system, leaving the inflators at risk of erupting with too much force and spraying a car’s interior with shards of metal. High humidity is a primary cause of the company’s airbag propellant becoming volatile.

Honda said customers affected by the latest recall would be contacted by their local dealer to arrange an appointment to have airbag inflators replaced. Toyota and Nissan are recalling 6.5 million cars worldwide – including 260,000 in the UK.

The motor manufacturers have all insisted the recalls are precautionary.

Takata faces multiple class-action lawsuits in the United States and Canada as well as an American criminal investigation and a regulatory probe. The issues date back to 2008.