Car sales down by 36 per cent in February

Only around 51,000 new cars were registered in the UK last month as showrooms remained shut, the Society of Motor Manufacturers and Traders said.

February is traditionally a slow month for car sales ahead of the March plate change but this February was the worst since 1959. Final figures will be released by the SMMT at 9am.

Amazon is to open its first grocery store at Ealing Broadway Shopping Centre with customers shopping without the need to queue at a till.

The retail giant will launch the first in a wave of stores today allowing shoppers to pick up items and walk out of the store.

Customers scan a QR code on their way in, with cameras and technology identifying the items shoppers take from the shelves. They will then be charged for the items via an Amazon app on their mobile phone.

Chancellor vows to use Budget to build ‘fairer’ country

Rishi Sunak has vowed to build a ‘fairer and more just’ country in the memory of those who lost their lives to coronavirus, after setting out plans to begin repairing the nation’s finances after the pandemic.

The Chancellor used yesterday’s Budget to extend the furlough scheme as part of a £65bn lifeline for an economy still battered by the Covid crisis.

But taxes on business profits are set to rise from 2023, while income tax thresholds will be frozen, meaning more than a million extra people will be dragged into paying it as wages increase.

The founder of a PR company has resigned as chairman over a social media post where he said the firm does not hire ‘blacks, gays or Catholics’.

Beattie wrote that the company only takes on ‘talented people’ and does not care about their skin colour, sexual orientation or religion. He said he issued the post with the best of intent but accepted that the language was ‘inappropriate’.

Mind the cat! Train taken out of service after feline spotted on roof

A cat was a whisker away from a 125mph ride on the roof of a train when it was spotted at London Euston station on Tuesday evening.

The fearless feline was seen curled up on top of an Avanti West Coast train half an hour before it was due to leave for Manchester.

The train was taken out of service and replaced with only a slight delay. After two and a half hours, the mog alighted the train after a bin was brought alongside the carriages to act as a makeshift platform.

Around 1,150 jobs will be affected at Sainsbury’s as part of a restructuring which includes about 500 head-office roles being axed.

Chief executive Simon Roberts has told staff about the major shake-up, which forms part of a new strategy aimed to help the business invest more funds into food.

He confirmed the restructuring will impact its commercial operations, human resources, supply chain and logistics, technology and general merchandise and clothing teams.

Corporation tax will increase to 25 per cent from 2023

Corporation tax will rise in the UK to levels not seen since 2011, Chancellor Rishi Sunak has announced.

He said the tax rate on profits made by businesses will increase from 19 per cent to 25 per cent, but will not be implemented until 2023.

Lockdown alcohol sales set to give Treasury an extra £800m

Bumper alcohol sales in supermarkets and off-licences during the coronavirus lockdown will give the Treasury an extra £800 million in duties, the fiscal watchdog has forecast.

The Office for Budget Responsibility said the sales have ‘more than offset’ the loss in alcohol tax receipts from the closure of pubs and restaurants for large parts of the year.

The London markets made gains after traders welcomed the Chancellor’s latest financial support but closed behind morning highs after US caution weighed on global stocks.

An additional 300,000 transactions in England could benefit by the end of June from the stamp duty extension announced in the Budget, according to estimates.

Introduced last July, the stamp duty holiday had been due to end on March 31, but it will remain until the end of June and then there will be a ‘tapered’ period running until September.

The government will maintain the temporary increase in the nil rate stamp duty band at £500,000 in England and Northern Ireland until June 30. From July 1, the nil rate band will reduce to £250,000, until September 30. It will then return to its normal threshold of £125,000 from October 1. 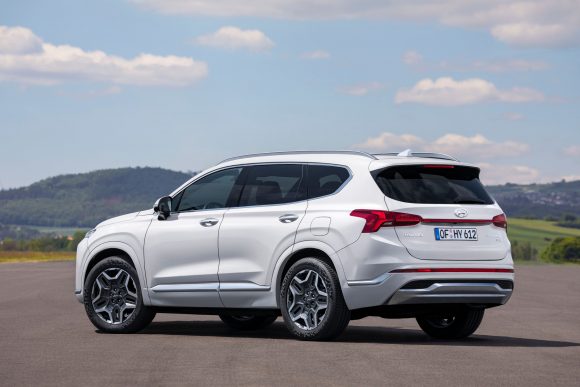 Hyundai has revealed that its flagship SUV – the Santa Fe – will arrive in dealerships priced from £40,250.

The Santa Fe is available with two powertrain choices – though both utilise the same 1.6-litre engine. The first combines that engine with a conventional ‘self-charging’ hybrid for a total output of 227bhp, while the second is a more powerful plug-in hybrid variant with 261bhp.

Today will be a chilly day for many with plenty of cloud, says the BBC. Patchy rain and mountain snow will spread south from Scotland towards central England through the day. A touch breezier than recently.

This evening, there will be light rain across the southwest, but by midnight the rain will have mostly eased. Patchy cloud with clear spells in the west. Chilly with a frost developing in places.

Tomorrow will be a chilly but largely dry day with a fair amount of cloud. There will be sunny spells in the far north and southeast. Light winds for many, but it will be breezy in the southeast.