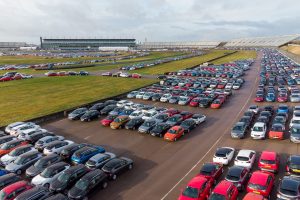 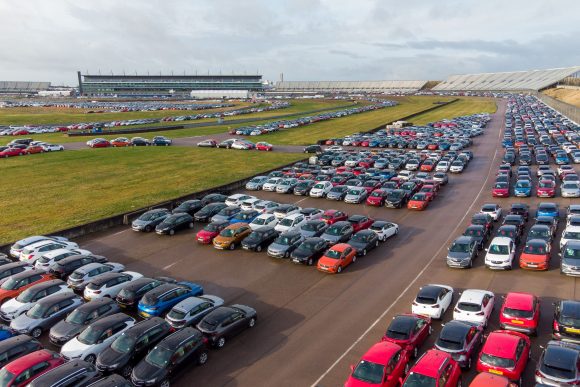 March new car orders are down by as much as 50 per cent compared to last year, according to new research.

Cox Automotive’s monthly survey of dealers indicates that following January’s 39.5 per cent drop in new car sales, February will be down by a similar amount.

The firm asked dealers what their March order books looked like and dealers said they were down by as much as half.

‘This has been compounded by a global microchip shortage which continues to hamper an increasing number of manufacturer production lines.

‘The disruption will soon impact new vehicle supply in the global market.’

Yesterday, Car Dealer reported that checks at the German border have the potential to impact car factories in the country as supplies are delayed getting in.

This is on top of the global shortage of semiconductors – chips that are used in cars – that have been snapped up by the tech industry leaving car manufacturers with a supply issue. Factories have already been slowed down or stopped completely because of the problem.

But despite this, buyer activity in the wholesale market is increasing as retailers prepare for the reopening and start to stock up. 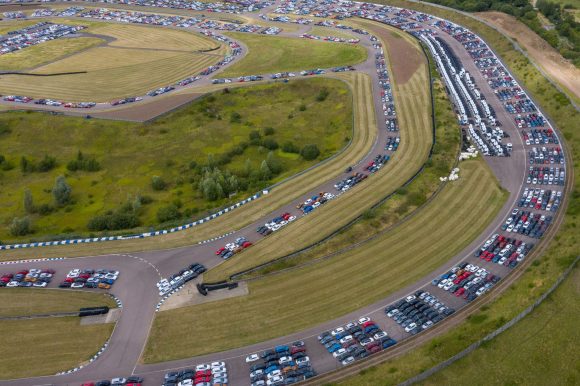 Nothard added: ‘Trade values have eased as buyers become increasingly selective about what they buy, with accurately graded and retail-ready vehicles seeing the highest demand.

‘In some cases, retailers are holding back from increasing their stock levels and are focused on only replenishing sold volumes.’

The report found dealers don’t believe there will be a similar rush of demand at the end of this lockdown, similar to that seen after the first lockdown.

Nothard said: ‘While we should see increases, it will not be to the levels observed in Q3 2020 that were bolstered by substantial pent-up demand.’

The report comes as new pictures emerge from Rockingham Motor Speedway of thousands of used cars in storage.

The pictures, released by a news agency to national media, show the former race circuit covered in cars. City Auction Group is based at the site and runs an auction from the former pits, while a number of other automotive storage businesses are also based at the site.