Friends and family will be able to meet in parks and gardens in socially-distanced groups of six under Boris Johnson’s gradual easing of the lockdown for England.

The Prime Minister said that all five of his tests to move into the next phase had been met, allowing schools to begin reopening and greater contact to be permitted from Monday.

Johnson said people would be able to see ‘both parents at once, or both grandparents at once’ in what he said would be a ‘long-awaited and joyful moment’ for many. Car dealerships will be allowed to reopen on Monday alongside other outdoor retail.

Car factories in the UK shut down their lines and furloughed staff in April as the coronavirus crisis caused the biggest drop in car manufacturing since the Second World War – with just 197 cars produced.

Car manufacturing dropped a staggering 99.7 per cent as makers turned their attention to producing 700,000 pieces of PPE for the NHS, including face shields, visors and gowns instead.

Just 152 cars were built for export and 45 for UK customers in the month. Read the full story here.

Nissan workers protested and burnt tyres outside the factory gates of the car firm’s Barcelona plant yesterday after the brand said it was to close.

Nissan announced yesterday that Sunderland would be the preferred hub for manufacturing in Europe with production moving to the North East.

It paves the way for other models from the Renault Nissan Mitsubishi Alliance to also be built in Sunderland – including what many believe will be Renault models produced on the same platform, like the Kadjar SUV. Read the full story here.

Tesla chief executive Elon Musk has seen his wealth boosted by £625m after his company hit a number of performance targets.

The electric car maker passed the milestones of a total market value of $100bn (£81bn) and making $20bn (£16bn) in revenue for four quarters triggering the compensation package.

A filing with the US Securities and Exchange Commission said Musk can buy 1.69m shares of Tesla for £284.03, compared to its most recent closing price of £653.93. It is not clear if Musk, whose wealth is estimated at £31.7bn by Forbes magazine, exercised the options. 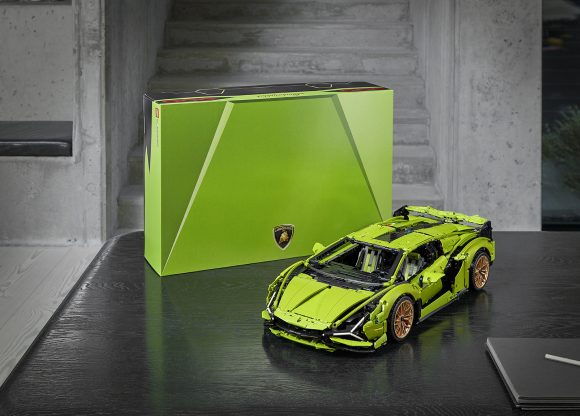 Lamborghini has partnered with the Lego Group to produce a 3,696-piece scale model of its latest supercar.

The Lego Technic Lamborghini Sián FKP 37 is a 1:8 scale model of the real thing, featuring a replica of the V12 engine, a moveable rear spoiler, front and rear suspension and a working steering system.

Stefano Domenicali, chairman and CEO of Automobili Lamborghini, said: ‘The Lego brick is an icon in the same way as a Lamborghini super sports car.’

Up to 4,500 easyJet staff could lose their jobs under plans announced by the airline.

The Luton-based carrier said it intends to reduce its workforce by up to 30 per cent as it cuts the size of its fleet due to the coronavirus pandemic. It follows similar moves by other airlines such as British Airways and Ryanair.

The London markets closed in the green despite coming under pressure from China-Hong Kong tensions and a tepid opening in the US.

The FTSE 100 hit its latest two-month high as traders remained optimistic despite the US revealing worse-than-predicted jobless figures.

Cineworld plans to reopen all cinemas in July

Cineworld hopes to start showing films in all its cinemas in July, as Britain slowly comes out of lockdown.

Bosses said that its cinemas up and down the country would open when restrictions are lifted.

It promised to be ‘the best place to watch a movie’ even as social distancing measures are likely to change the experience. In Berlin, one theatre has ripped out many of its seats to ensure social distance while others have installed plastic screens between them.

The owner of the Daily Mail, Metro and i newspapers said it has seen a slump in advertising since the coronavirus lockdown.

Daily Mail General Trust (DMGT), which also owns a portfolio of other businesses, said that, in April, revenues from its consumer media division were down 33 per cent due to Covid-19.

Despite grocers and newsagents remaining open, circulation dropped 17 per cent and newspaper advertising was down 69 per cent.

Three-quarters of British households have saved money during the lockdown, according to new figures.

UK households have saved an average of £300 on day-to-day expenses as they stop going to restaurants and the cinema, and slash fuel bills as cars sit largely unused.

Not paying gym memberships and TV sports packages have also saved a fifth of households money.  However, many are still struggling, as 19 per cent reported to comparethemarket.com that they worry about making ends meet.

Pledge to make roads ‘accessible for all’

Transport Secretary Grant Shapps has pledged to make roads ‘accessible for all’ as he marked the 50th anniversary of a law introducing blue badges.

He described the parking permits, used by more than 2.8m people across the UK, as ‘a lifeline’.

He said: ‘Having extended the blue badge scheme for hidden disabilities last year, I am determined that this government will do even more to ensure the UK’s roads are safe and accessible for all.’