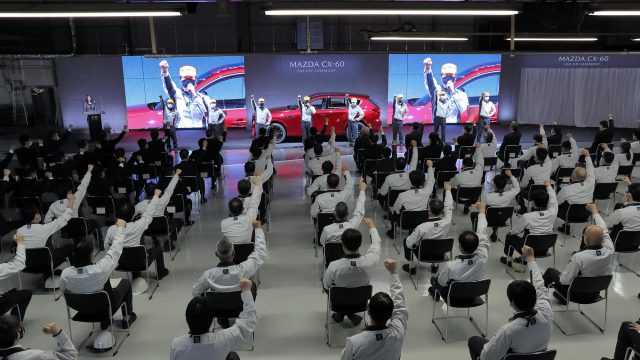 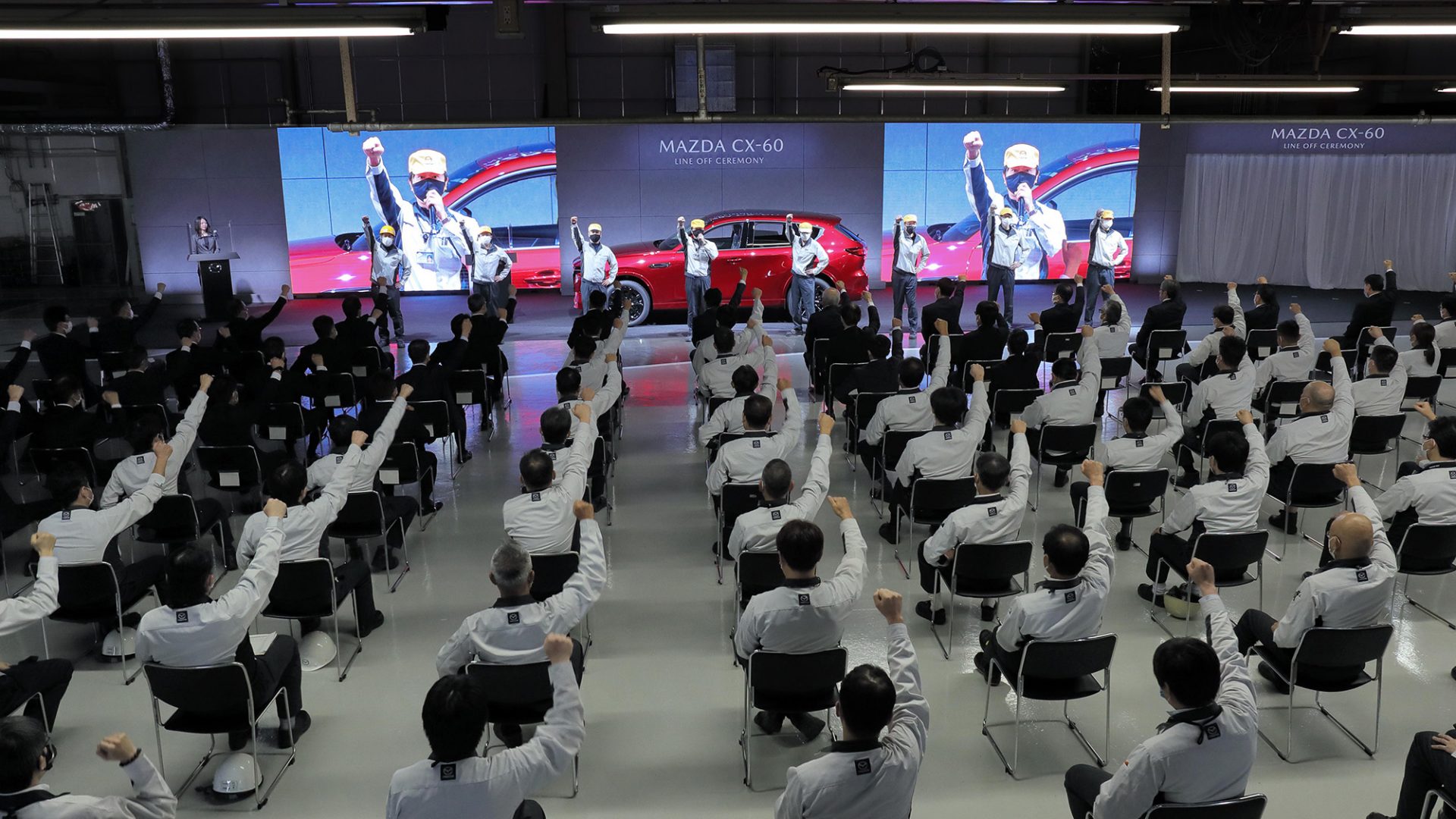 A ceremony marking the start of mass production of the Mazda CX-60 crossover SUV has been held in Japan.

Employee representatives expressed their commitment and a commemorative vehicle was introduced during the event, which was attended by some 100 production personnel plus Yamaguchi prefecture officials and others online.

Mazda says the flagship CX-60 is the most important model it has introduced for more than a decade. 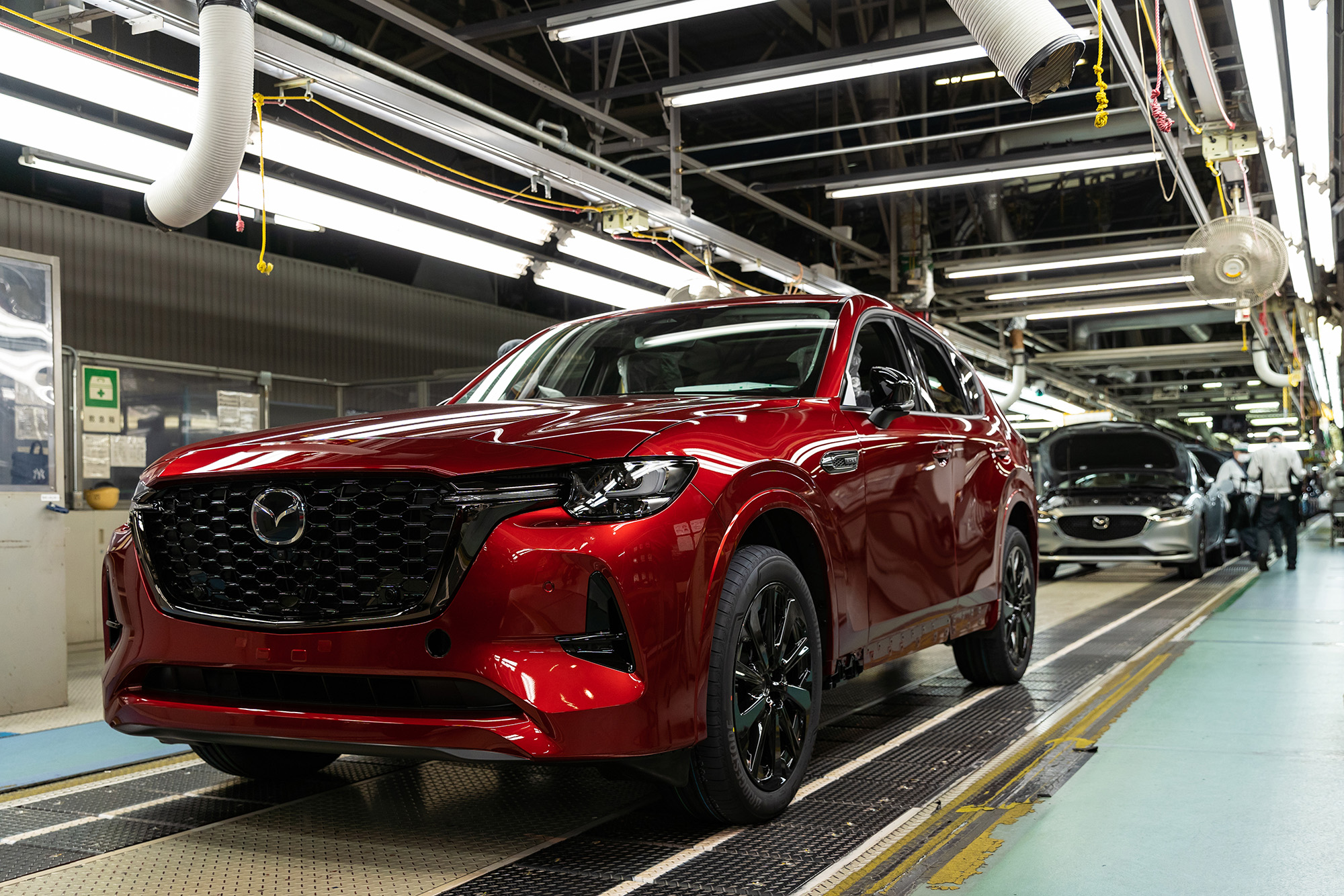 The combination delivers a total system output of 323bhp and 500Nm of torque, making it the most powerful road car that Mazda has ever produced.

Mazda claims the SUV has a combined fuel consumption of 188mpg alongside emissions of 33g/km CO2.

Mass production of the European CX-60 began on March 15, with dealers accepting orders already, and the first European shipment of CX-60s is due to leave Nakanoseki port on April 26, arriving in the summer.