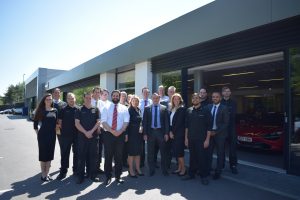 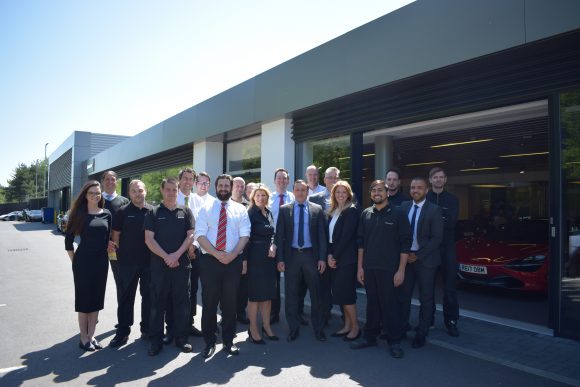 McLAREN ASCOT has been named the brand’s Automotive European Retailer of the Year 2017.

It recognises the Station Hill showroom as having the highest standards of business operation and follows a record year for McLaren Automotive in the UK.

The strong domestic demand for McLaren sports cars and supercars in 2017 generated unprecedented sales of 550 cars, representing a 23 per cent year-on-year increase.

The McLaren Retailer of the Year Programme has been running since 2015, and 2017’s saw entries across the entire McLaren retailer network, comprising 86 locations in 31 markets. All contenders were meticulously benchmarked and assessed in key areas such as sales, customer service, aftersales and marketing, with McLaren Ascot subsequently emerging as the brand’s European Retailer of the Year 2017.

Barney Singh, general manager at McLaren Ascot, told Car Dealer Magazine: ‘It is a great honour for all of us at McLaren Ascot to be named European Retailer of the Year for the first time. McLaren Automotive is renowned for the impeccable standards of their business, so the award is a real testament to the hard work and professionalism of our team. I would like to thank everyone involved, and look forward to continuing our success with McLaren.’

David Gilbert, managing director for Europe at McLaren Automotive, said: ‘I would like to congratulate McLaren Ascot on claiming the McLaren European Retailer of the Year award.

‘2017 set new records for our entire UK retailer network, with an unprecedented 550 cars sold across all locations. But in addition to an extremely strong sales performance, McLaren Ascot stands out with the highest standards in marketing, customer service and aftersales. This achievement is a real testament to the strength of their team, and I look forward to working together to make 2018 another successful year.’

McLaren Ascot has been operating since 2014 from a state-of-the-art showroom incorporating a dedicated service centre. It is managed by Jardine Motors Group.

Pictured are the McLaren Ascot team

MORE: Supercar maker McLaren is committed to building in Britain