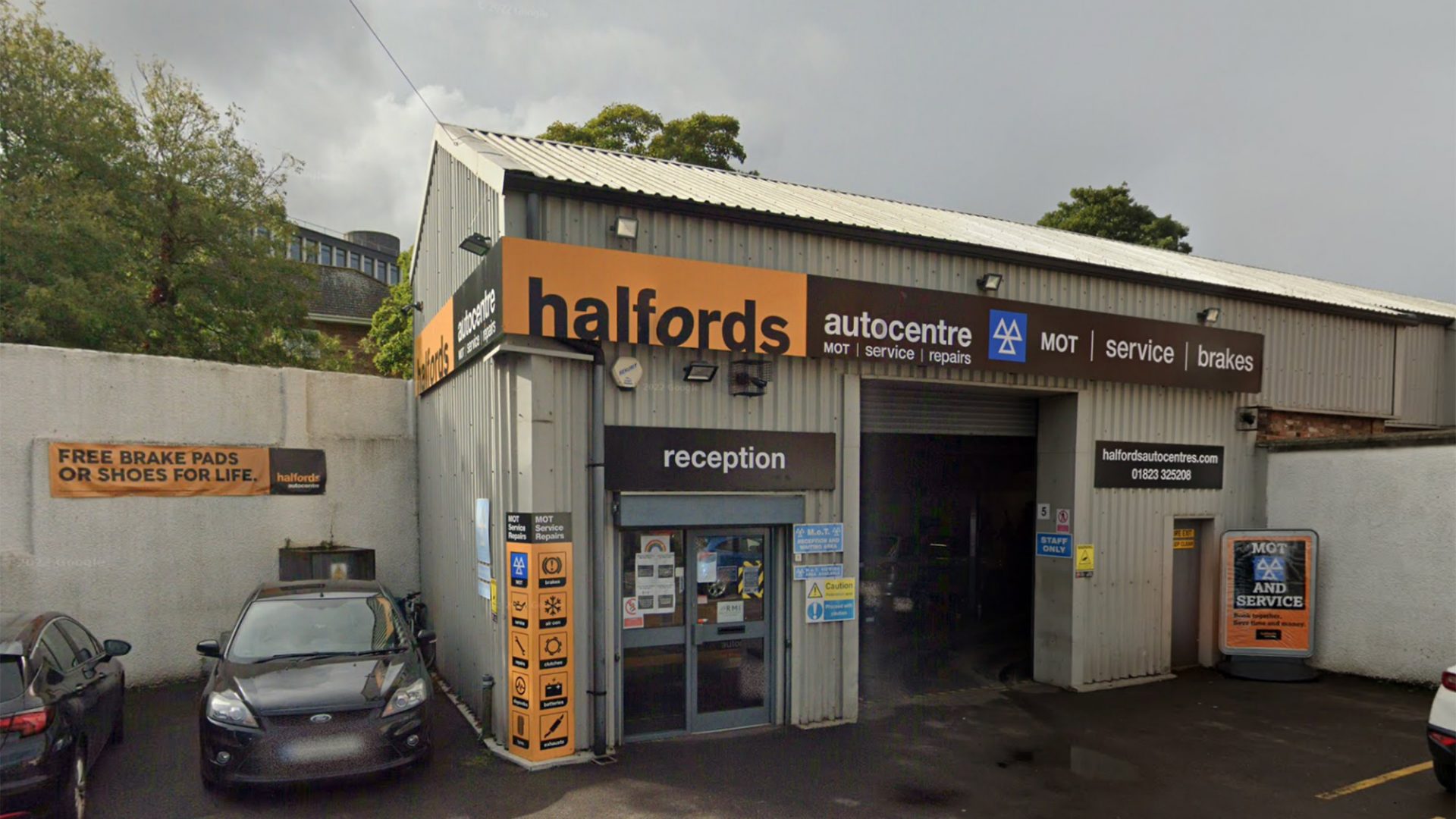 A mechanic is to be sentenced at crown court for issuing 31 false MOT test certificates.

Anton Keith Fricker failed to carry out the necessary tests before issuing the certificates at the Halfords Autocentres in Castle Street, Taunton, pictured, and at Reckleford, Yeovil, reported the Somerset County Gazette.

The 27-year-old admitted 31 counts of fraud when he appeared before Taunton magistrates on July 13.

Each charge related to dishonestly making a false representation by issuing an MOT certificate without performing MOT tests, intending to make a gain for himself or another.

The offences were committed between August 26 and October 18.

The case was brought by the DVSA.

Fricker, whose address was just given as Taunton, was released on unconditional bail.

He must appear before Taunton Crown Court on August 12 unless another date is ordered by the crown court, according to the Gazette report.