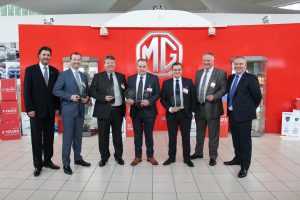 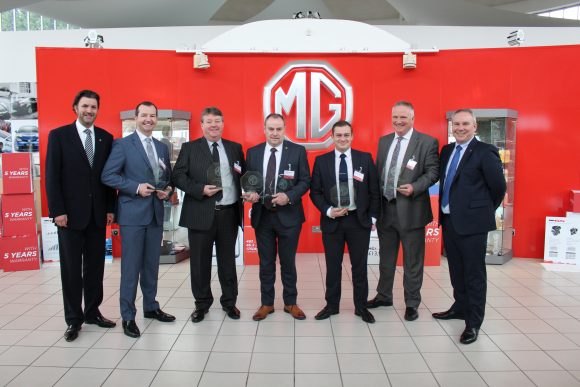 MG MOTOR UK has announced the winners of its 2017 Annual Dealer Awards. The event, which took place on January 12 as part of the company’s national conference, celebrated outstanding achievement from across the network.

Nathaniel MG took home the prestigious ‘Dealer of the Year’ accolade, alongside being named the top MG3 selling dealer. Part of the network since 2015, the Bridgend-based business was recognised for delivering exceptional service for customers across South Wales.

The event’s final two awards recognised the achievements of Dudley-based Summit Garage, which was named Parts and Accessories Aftersales Dealer of the Year and Aftersales Parts Dealer of the Year. Set to celebrate 72 years in business later in 2017, the dealership is hugely prominent in the West Midlands.

Matthew Cheyne, head of sales and marketing for MG Motor UK, said: ‘2016 has been a historic year for MG. Sales have grown by 33 per cent year-on-year, making us one of the UK’s fastest-growing vehicle manufacturers. Our dedicated dealer network has played an instrumental role in this achievement and we can’t thank them enough for such passion and commitment to the MG brand. 2017 is set to be another exciting year, with more new product coming to the market.

‘It’s great to see dealers from across the network identified and recognised for their individual successes, which is why our Annual Dealer Awards is such an important date in the calendar.

‘We would like to thank each and every dealer in the MG network for their hard work in 2016 and wish them all the success for the year to come.’

On SuperUnleaded.com: Top Gear host Rory Reid is feline the heat as he battles… a cat?