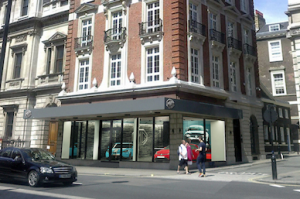 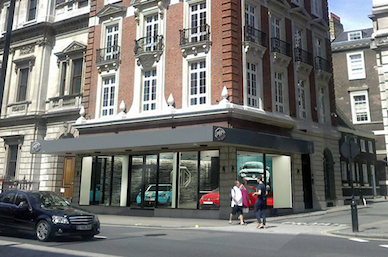 MG is to open another showroom – this time a prestigious multi-million pound flagship dealership in the heart of London’s Piccadilly.

The exclusive showroom, next to The Royal Academy of Arts and directly opposite Fortnum & Mason, is one of the most sought-after retail locations in the world.

MG’s showroom will become a centre of excellence for the 91-year-old brand which is Britain’s fastest growing marque.

It is the latest and most significant move in a major expansion of new MG dealerships across the country. In the past 12 months MG has opened 26 new dealerships in Britain, and has declared its intention to continue growing by targeting a further 30 open points.

London was a key goal in MG’s plans to build its dealer network. The six-car showroom will be housed in a seven-storey Georgian-fronted building at 47/48 Piccadilly and will incorporate a state-of-the-art showroom with interactive media centre so customers can configure their own car.

As part of the investment, totalling almost £30 million, the building has been refurbished and upgraded to accommodate the MG showroom.

MG will run the flagship showroom on the ground floor with offices in the basement. Above are six floors of executive offices. The MG showroom will open in a few weeks.

Matthew Cheyne, the head of marketing, said: ‘This really is a fabulous central London location where the City of Westminster and the West End theatreland merge.’