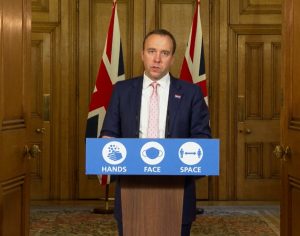 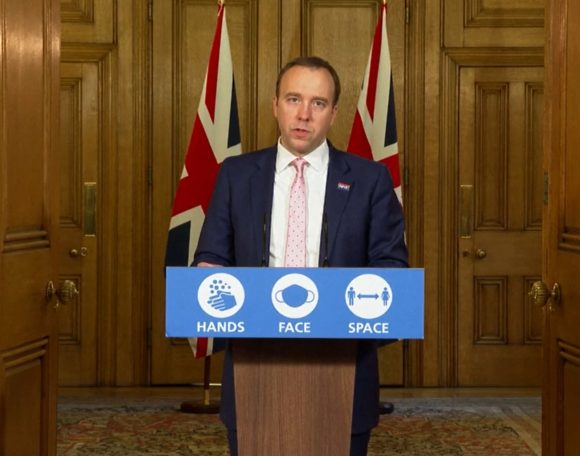 Matt Hancock has announced that millions more people in England are to be placed in lockdown from Boxing Day because of rising concern over the spread of the variant coronavirus.

The health secretary said today (Dec 23) the variant was spreading at a ‘dangerous rate’ as he announced the fresh Tier 4 restrictions.

Cases of another new mutant coronavirus linked to South Africa have also been found in the UK, and travel restrictions have been placed on the country.

Areas moving to the toughest Tier 4 – where there is a stay-at-home order – from Boxing Day are: Sussex, Oxfordshire, Suffolk, Norfolk and Cambridgeshire, those parts of Essex not yet in Tier 4, Waverley in Surrey and Hampshire with the exception of the New Forest.

Portsmouth, Gosport and Havant, which are all in Hampshire, had already been placed in Tier 4 as of midnight on December 19.

Bristol, Gloucestershire, Somerset including the North Somerset council area, Swindon, the Isle of Wight, the New Forest and Northamptonshire plus Cheshire and Warrington will all be escalated to Tier 3. The Isle of Wight had been in Tier 1.

Cornwall, which had also been in Tier 1, and Herefordshire, meanwhile, go from Tier 1 to Tier 2. It’s just a week since the latter became one of only a few areas in England to be placed under the lowest Tier 1 controls.

Hancock told a Downing Street press conference: ‘Just as we had got a tiered system in place that was able to control this virus we have discovered a new, more contagious virus – a variant that is spreading at a dangerous rate.’

Hancock said of the South African variant that the two cases were contacts of people who had travelled from the country over the past few weeks.

‘This new variant is highly concerning because it is yet more transmissible and it appears to have mutated further than the new variant that has been discovered in the UK.’

Both cases and their close contacts have been quarantined.