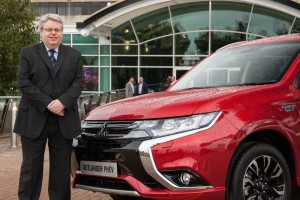 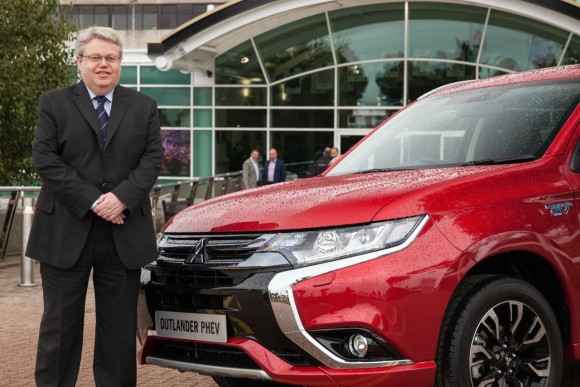 Nick Hodge joined Gallaghers of Sandycroft, situated in Deeside, near Chester, as a sales executive in 1985.

He rose quickly through the ranks, being promoted to sales manager a year later and has stayed with the family-run showroom ever since. Hodge has sold cars to many notable customers, including Pink Floyd drummer Nick Mason, former Liverpool player John Barnes, golfer Ian Woosnam and even the Duke of Westminster.

Hodge said: ‘You learn something new every day in this job – that’s the best thing about it. It’s so varied – you get to meet a whole range of people from the occasional celebrity to repeat customers. I still enjoy coming to work – not many people can say that after 30 years.’

The 54-year-old has also had to adapt to the times, as the advancement of technology has altered sales techniques. He said: ‘The way we sell cars now has changed considerably especially with the expansion of the internet in the past 10-15 years. People come to the dealership far more armed with information about the vehicles than before.

‘The Mitsubishi product range has also changed considerably. We love the products on the market – we can sell them with total confidence.

‘We have nurtured a good customer base over the years. We are a family firm and people love to come to us for that personal touch.’

MORE: VW abandons its aim to be world’s largest carmaker, as recovery plan is revealed

MORE: One by one, the cars are arriving for the Bangers4BEN auction…

On SuperUnleaded.com: What F1 Teams Do When They Can’t Race