Home > News > One by one, the cars are arriving for the Bangers4BEN auction… 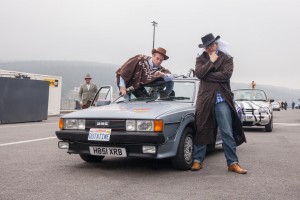 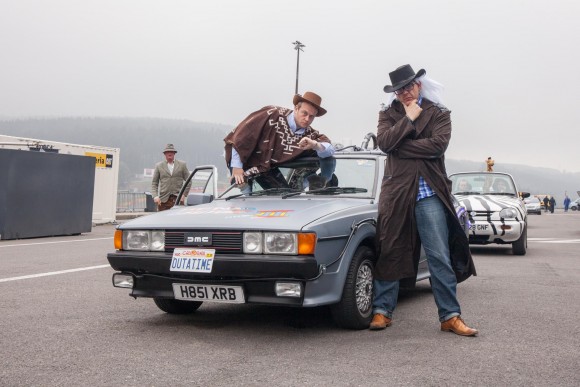 One by one, the cars are arriving for the Bangers4BEN auction…

THE fake DeLorean that took part in Car Dealer’s recent Bangers4BEN charity rally has materialised in the line-up of vehicles due to be sold at BCA Blackbushe tomorrow.

The car has beamed in from 1991, where it started life as a Volkswagen Scirocco 1.8 GT. Fresh from competing in Bangers4BEN, where it was piloted by Jamie Caple and Nick Donald from Caralot, it is finished in the appropriate gun metal grey and boasts the enhanced – but totally fake – fission-powered engine and flux capacitor necessary for conducting time travel (if you believe everything the movies tell you).

A true head-turner, potential owners will be delighted to learn that you don’t need to wait for lightning to strike the clock tower to get the car started. Additionally, at no time has it been seen flying or vanishing in a cloud of sparks!

The fake DeLorean is just one of over 40 cars BCA will be selling to raise money for BEN – the UK’s only dedicated charity for those who are working or have worked in the automotive industry and their dependants.

Buyers will be presented with a great selection of vehicles, including unique customised examples such as the Star Wars Audi A4 convertible; Fiat Cinquecento ‘Big Bird’ – Car Dealer magazine’s own entry; a Mercedes F1 Medical Car; the ‘Mello Yello’ Suzuki Liana and an MG styled as a USA Navy Fighter Plane.

The Bangers4BEN cars will be offered for sale at BCA Blackbushe at 1 pm tomorrow. Full coverage will appear online here and in the next edition of Car Dealer magazine.

On SuperUnleaded.com: Time for Volkswagen dealership to rethink its slogan