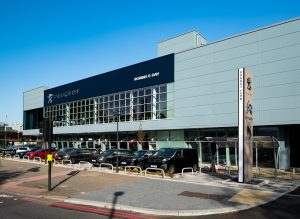 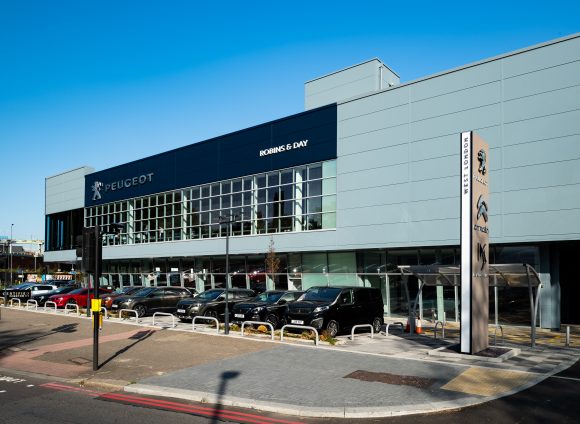 Industry experts have today been reacting to the bombshell announcement that Stellantis is to terminate its entire network of European dealers.

The manufacturer group yesterday announced that it was serving two years’ notice on all its dealers in a bid to ‘streamline’ the size of its network.

Dealers will find out in July whether or not they’ll be keeping their franchises.

The move has led to strong rumours that Stellantis is looking to expand multi-franchising arrangements in the dealerships that get rehired.

In the UK, Vauxhall, Peugeot, Citroen, DS Automobiles, Fiat, Fiat Professional, Abarth, Alfa Romeo and Jeep will all be affected – although Maserati will not change.

As of February 2021, there were 931 dealerships in the Stellantis group.

There has not yet been any word on how many sites will get new contracts with Stellantis and the group has been approached for comment.

One dealer, who did not want to be named, commented that Stellantis said it was ‘looking for multi-franchise sites, but these would need to have clear brand separation’.

That claim fits with the opinion of industry analyst Mike Jones, compiler of the Car Dealer Top 100, who issued a warning on how the decision could affect customers.

He said: ‘They were already moving down the route of increased multi-franchising anyway.

‘You’ve had Vertu multi-franchising some Stellantis sites for a little while.

‘From a UK point of view, Jeep is clearly not much of an issue, Fiat is an awful lot smaller than it used to be, so from a sizeable brand point of view you’re looking at Citroen, Peugeot and Vauxhall.

‘I don’t know how consumers will react to increasing the number of badges under one showroom roof.

‘It works well where the brands are clearly differentiated. Where you’ve got competing products it can cause confusion for everyone.

‘I can imagine customers might switch quite readily between some of the smaller Peugeots and Citroens for example.

‘On the one hand, if a customer is looking for a smaller car, you can offer them a wider selection, moving round to a car supermarket-type scenario, but it’s then a question of what identity they put on each of the brands and how they keep those alive.

‘Vauxhall, Citroen and Peugeot are all still sizeable in the UK. DS they have struggled with since they brought it away from Citroen so it will be very interesting to see what happens there.’

A long-time critic of the model, Gupta said Marshall would have to consider whether Stellantis’s strategy remained in line with its own.

He said: ‘I am not a fan of multi franchising personally and I’m still not.

‘I’m of the opinion that what we do as franchise retailer is we deliver brand values for our partners, and believe that if you have multi-franchising then you become a jack of all trades and master of none.

‘I’m not saying there is anything wrong with it, it’s just a preference that works for us.

‘We will wait and see what Stellantis’s plans are for their strategy and will assess whether it is in line with ours.’

Despite his concerns, Gupta says both he and the Marshall Motor Group were supportive of the termination action.

He added: ‘In terms of the Stellantis news, it’s not really a surprise.

‘If you look at the three premium German brands they are all incredibly successful. All three have around a seven per cent market share and they have around 120 retail points.

‘If you look at certain other brands, they have similar market shares and are operating with double the number. It’s not difficult to say “Have you got too many retail points?”.

‘I think what Stellantis is doing is absolutely the right thing, so I support those changes.

‘From a Marshall perspective, it’s not really going to have a big impact on us.

‘Our operations perform very very positively and we have great relationships with Stellantis, Alison Jones and her team.

‘From a Marshall perspective, I think what Stellantis will be looking for will be strong partners, with a strong balance sheet, strong moral values, a strong culture and a strong track record of performance.

‘I think that is a strength for our group and as a result there will probably be opportunities that are hopefully presented to us.’