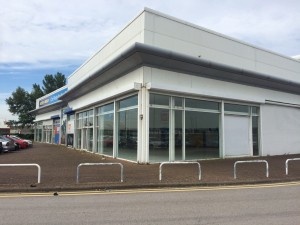 MOTOR DEPOT – the Humber region’s largest independently-owned car supermarket – has bolstered its presence in the area by acquiring new premises in Grimsby.

The East Yorkshire-based dealership has completed on a deal to take over the Godfrey Auto Parts premises on the West Coates Road, which was formerly part of the old Dixons Motors site.

The new site has the capacity to stock 150 vehicles and should be fully operational before the end of September.

It is the second new premises acquired by Motor Depot inside 12 months, with the company having successfully expanded into Birmingham earlier this year to go with existing sites in Hull, Hessle and Scunthorpe.

Managing director Steve Butterley believes the opening of new premises in Grimsby reflects ‘a natural expansion’ for the company which first began trading in Hull 12 years ago.

He said: ‘Motor Depot has long desired a presence in Grimsby, but it’s been a question of waiting for the right premises to become available.

‘The new site on West Coates Road occupies a prominent roadside location and it will enable us to continue to grow our brand throughout the Lincolnshire area.’

Recruitment for the new positions will begin imminently.