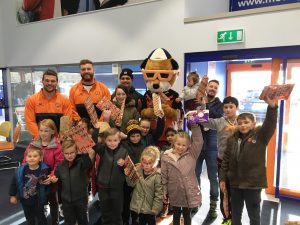 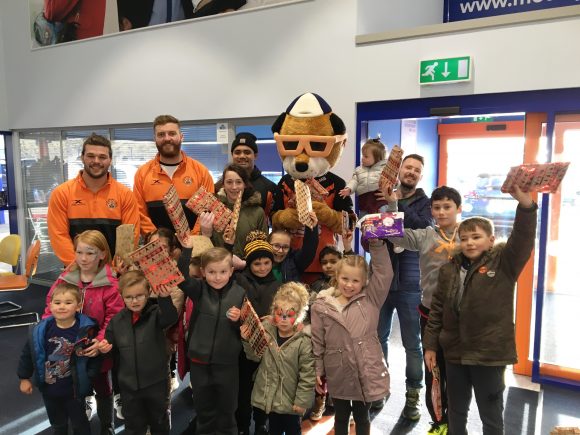 ICE SKATERS have helped Motorpoint to raise more than £2,650 for a hospice.

The Castleford branch of the independent car retailer teamed up with the Prince of Wales Hospice in Pontefract between Christmas and new year to build a charity ice rink and the public didn’t hesitate to get their skates on, with more than 1,400 people from as far afield as Bradford taking part over the three days.

A total of £2,685 was raised for the hospice through donations from members of the public – enough to pay for the running of an in-care bedroom for one week.

Mick Martin-Roebuck, general manager of Motorpoint Castleford, said: “It was great to see so many people enjoying themselves between Christmas and new year on our ice rink. Not only that but together we raised over £2,650 for the Prince of Wales Hospice through the event, which is incredible.’

Tracey Mearns, partnership development co-ordinator at the Prince of Wales Hospice, added: ‘What a fun-filled three days we had. It’s great to see fundraising events such as these, as they make such a difference to the care and support we are able to provide for our patients and their families.

‘Massive thanks to the Motorpoint Castleford team for hosting and sponsoring, Castleford Tigers, local businesses that attended with stalls, the musicians who entertained visitors, our amazing hospice volunteers and, of course, all the families that visited and donated.’

MORE: That’ll do ice-ly! Motorpoint Castleford to set up rink in aid of hospice