Home > News > Motorpoint rises to the challenge for ‘soap and glory’ 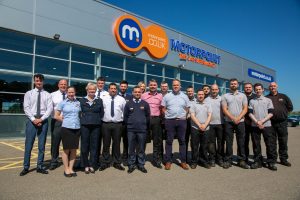 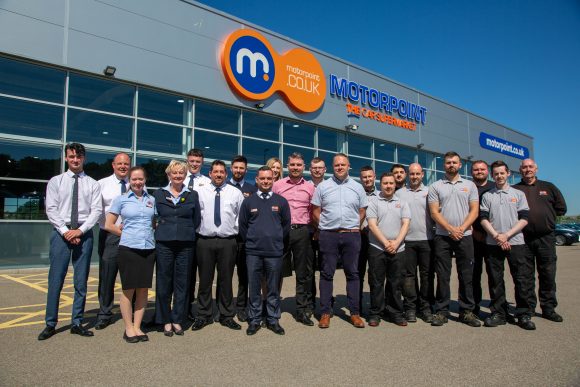 Motorpoint rises to the challenge for ‘soap and glory’

MOTORPOINT has agreed to sponsor the North East Soap Box Challenge in Sunderland – and is building its own entry.

The independent car retailer, which is based in Birtley only a few miles from the event, has teamed up with organiser Hot Events Solutions to back the race in Herrington Country Park on August 17. The action-packed day will also feature a craft market, funfair, live music stage and street food market.

And as part of its support for the event, which is expected to attract upwards of 20,000 people on the day, Motorpoint is building its own soap box. Dubbed ‘MP 1’ by Motorpoint workshop manager Gary Dunn and the team at the branch in Durham Road, the soapbox will be one of 20 or so hand-built vehicles taking part, with competitors getting two runs of the 450-metre course in a bid for soap and glory.

Richard Start, general manager of Motorpoint Birtley, said: ‘We’re thrilled to have teamed up with Hot Events Solutions to support this year’s North East Soap Box Challenge. It promises to be a real action-packed event, full of thrills and spills for lovers of everything on four wheels.

‘We really can’t wait to be lining up alongside the other soap boxes on the day and putting our driving skills to the test with other teams from the region while raising money for our charitable partner – the Sir Bobby Robson Foundation.’

The Motorpoint F1 simulator will also be on the Motorpoint stand, giving people the opportunity to test their driving skills in a full-size Formula One car for free.