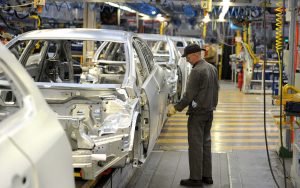 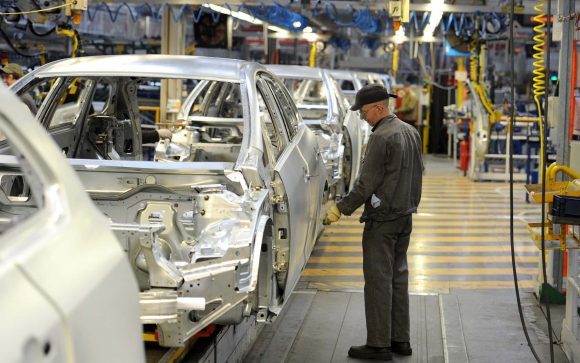 New car production in the UK grew for the second month in a row in June with new SMMT figures suggesting the long journey back to normal levels could be underway.

Data from the trade body found that 72,946 new cars rolled off UK production lines in the sixth month of the year, a year-on-year rise of 5.6 per cent.

That follows a 13 per cent growth in May, which was the first month that production had increased for almost a year.

The data would seem to suggest that supply chain issues, which have dogged 2021 so far, are finally beginning to ease.

However, the SMMT has warned that there is still a long way to go before production returns to pre-pandemic levels.

Overall, UK car production declined by 19.2 per cent in the first six months of the year, with 95,792 fewer vehicles built compared with the same period in 2021.

A total of 403,131 units were built, representing the weakest first half since the pandemic-hit 2020 and worse than 2009 when the global financial crisis saw demand wiped out.

Despite the positive signs in June, the figures are still 33.2 per cent below 2019 levels, largely due to to the ongoing semiconductor crisis and the war in Ukraine.

Production of battery electric vehicles (BEVs) has again proven to be a bright spot for the industry, with 32,282 produced in the first half of the year.

The figure represents an increase of 6.5 per cent, which was bolstered by a 44.2 per cent rise during June resulting in a record output of zero emission vehicles for the month.

Output of hybrid, petrol and diesel cars, meanwhile, declined, by 19.9, eight and 60.2 per cent respectively in the first half of the year.

The year-to-date decline was driven largely by a fall in export volumes, with 23.9 per cent fewer cars produced for overseas markets during the first half of 2022.

This represents a loss of 99,388 units compared with the same period in 2021, despite exports still accounting for 78.6 per cent of all production output.

While the EU was the largest recipient of UK built cars, making up more than 60 per cent of exports, shipments to the bloc still decreased by 10.6 per cent.

Deliveries to the US also declined by 56.1 per cent with the closure of a major UK plant in 2021 having a significant impact.

However, output for the UK market, rose by 4.3 per cent.

What do the experts think?

Car manufacturers have been suffering from a ‘long Covid’ for much of 2022, as global component shortages undermine production and put supply chains under extreme pressure.

Key model changeovers and the closure of a major plant last year have also impacted output, but there are grounds for optimism with rising output over the last two months.

As these issues recede over the next year or two, investment in new technologies and processes will be essential but this will depend on our underlying competitiveness.

Sky-high energy costs, non-competitive business rates and skills shortages must all be addressed if we are to build on our inherent strengths and seize the opportunities presented by the dash for decarbonised mobility.

Output remains below pre-pandemic levels, and with the ongoing semiconductor shortage, energy crisis and the war in Ukraine, it’s unlikely that will change for some time.

That leaves the UK’s car manufacturers walking a tightrope: the cost of living crisis is restricting their potential at exactly the time they are meant to be undergoing a once-in-a-century transition towards electric vehicle and carbon-neutral manufacturing.

Already, the UK automotive industry has made giant environmental strides, but it cannot manage the transition without support in such a restricted market.

The ambition is clear: already it has cut its carbon footprint by 11.2 per cent between 2020 and 2021, while water use per vehicle produced is down 6.1 per cent over the same year-on-year period; plants like Ellesmere Port, which is undergoing a £100m retrofit to assemble electric vehicles is targeting carbon neutrality by the middle of the decade.

But it’s targets like these, as well as the fact the sector employs more than 780,000 people across the country, which underpin the need for support and backing in the coming months.

The automotive sector shouldn’t be left alone to weather the storm, especially if the UK wants to maintain its intention of remaining a global leader in car manufacturing.

Persistent issues continue to act as speed bumps and stall progress on the road to recovery, with a strong economic headwind and various hurdles still presenting tough challenges for manufacturers to overcome.

The ongoing conflict in Ukraine means the semiconductor shortage is showing no signs of letting up, and chips are seemingly going to remain scarce until at least 2024.

Manufacturers currently have little choice but to close order books or put the brakes on production, leading to long delays for customers.

The cost-of-living crisis and high petrol prices are starting to soften demand in the second-hand market, resulting in used car prices starting to realign. Dealers are working hard to navigate the challenges and ensure that forecourts are as best stocked as possible.