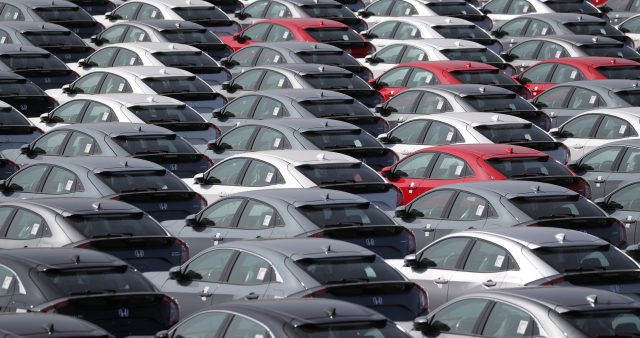 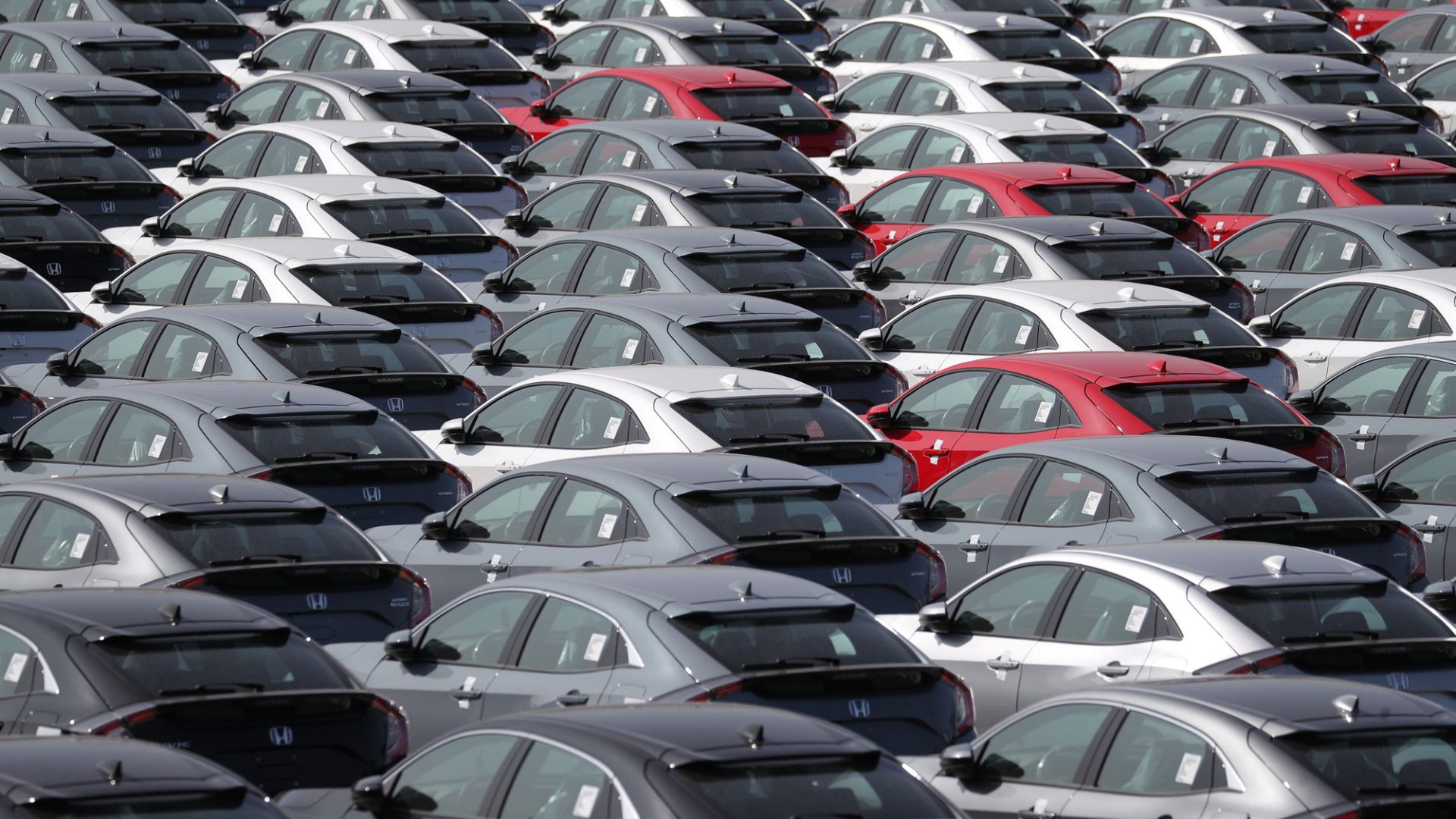 UK new car registrations rose by 15 per cent in February with 58,994 new cars driven off forecourts, according to figures released today (Mar 4) by the SMMT.

The increase of 7,682 units was versus the same month in 2021, when the pandemic shut the UK’s showrooms.

But registrations were actually down by 25.9 per cent on the February 2020 pre-pandemic figure of 79,594, thanks to constraints on vehicle supply caused by semiconductor shortages.

Compared with February 2021, when showrooms were closed and only click-and-collect was permitted, private registrations rose by 30 per cent.

Large fleet registrations stayed stable – up by two per cent – suggesting that manufacturers are prioritising private customers, which accounted for more than 80 per cent of growth.

And while business purchases grew by 110.7 per cent, that actually only equated to a rise of 693 units.

But it was another bumper month for battery-electric vehicles (BEVs), which took a 17.7 per cent market share to reach 10,417 units.

Registrations of plug-in hybrids (PHEVs), meanwhile, rose to 4,677 units and a 7.9 per cent share of the market.

When combined with hybrid (HEV) registrations (6,883), EVs accounted for more than a third of all new cars leaving dealerships.

While that demonstrated the growing demand for electric cars, February is typically the lowest volume month, as many buyers delay until the ‘new plate’ month of March, so supply fluctuations for some key models can have a more pronounced effect in terms of market share, said the SMMT.

It added that of greater concern to the long-term delivery of net zero road transport was the need for accelerated public chargepoint provision.

April will also see the effective end of the Electric Vehicle Homecharge Scheme (EVHS), which has helped homeowners to install their own chargepoint.

The SMMT is urging an extension to the EVHS and its business counterpart, the Workplace Charging Scheme, beyond 2025 so that EV uptake stays on track to meet the government’s net zero deadlines.

It also wants VAT on electricity used for public charging points cut to match that for home use, so that EV drivers are treated equally regardless of where they charge their vehicle.

‘The government must use its upcoming Spring Statement to enable this transition, continuing support for home and workplace charging, boosting public chargepoint rollout to tackle charging anxiety and, given the massive increase in energy prices, reducing VAT on public charging points.

‘This will energise both consumer and business confidence and accelerate our switch to zero emission mobility.’

Looks can be deceiving

These figures paint a picture of a weak new car market – but looks can be deceiving. If you peek under the bonnet, there are all the signs of pent-up demand that could really set the market on fire later this year.

February is always a relatively weak month for sales as drivers hold fire until March for the new 22 plates before buying. But while sales are down on pre-pandemic levels in February 2020, it does mark an improvement on January.

Moreover, these figures only show the number of buyers picking up the keys. Speak to any manufacturer or motor retailer, and they’ll tell you that the market is red-hot and that their order books are full to bursting for months to come.

Don’t get carried away just yet

Although new car registrations in February were up significantly, we shouldn’t get carried away just yet on a wave of optimism.

In the current market, new car sales continue to be heavily restricted by a combination of factors: low levels of car production due to the ongoing microchip shortage and other supply chain issues, the prospect of rising inflation and the squeeze on the cost of living.

Strong EV and plug-in registrations do at least show where the road to recovery lies.

Supply may lag behind demand for a lot of 2022

While the progress is very welcome, total sales are still shy of their pre-pandemic level.

The supply of new cars is now likely to be hit by further parts shortages, in addition to the widespread shortage of semiconductors, as global sanctions are imposed on Russia following its invasion of Ukraine.

As a result, the supply of new vehicles for sale in the UK may continue to lag behind buyer demand for much of 2022.

Switch to electric may be sooner rather than later for some

There is no sign of EV sales slowing down, and with both petrol and diesel tipping past £1.50 per litre in recent weeks, some consumers will likely be considering the savings they could be making by switching to electric sooner rather than later.

Across the country, business fleets are starting to look a little worse for wear.

Many haven’t been changed since the start of the pandemic two years ago and are overdue a refresh.

This could mean big things for electric, with businesses looking to update their fleets and address their green credentials at the same time.