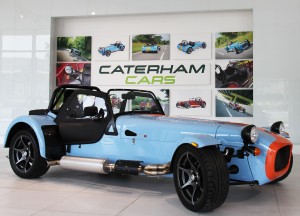 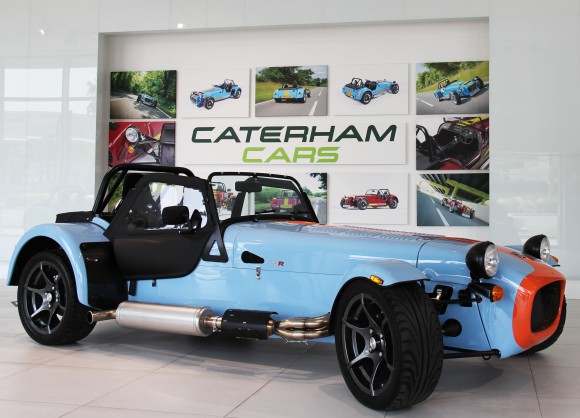 BRITISH sports car manufacturer Caterham Cars is expanding its growing global dealer network with the appointment of a new distributor in the United Arab Emirates.

Distinguished dealer group Al-Futtaim has just taken delivery of its first Caterham Seven and has opened its showroom in Festival City, Dubai.

ERAS Customs and Classics is the largest British heritage sportscar dealership in the Middle East. In addition to catering for new car buyers, the facility will offer a full aftersales service to Caterham owners in the UAE.

The launch firmly establishes Caterham’s presence in the UAE, and the state-of-the-art premises will showcase Caterham’s full range of ultra-lightweight sportscars, including the entry-level Seven 160 and the recently-launched 270, 360 and 420 models and the legendary 620 R.

ERAS Customs and Classics is the third international Caterham dealership to open this year, with new showrooms recently opened in Belgium and Germany.

The British sportscar manufacturer now has an emerging network of more than 60 dealerships across 26 countries worldwide.

David Ridley, Caterham chief commercial officer, said: ‘We are thrilled to establish Caterham’s presence in the UAE with ERAS Customs and Classics.

‘As the largest British heritage sportscar outlet in Dubai they were the natural choice for us. Dubai’s love of supercars is globally renowned and we’re looking forward to seeing Sevens driving through the city.’

MORE: Big Mike: Dealing with a different class of customer