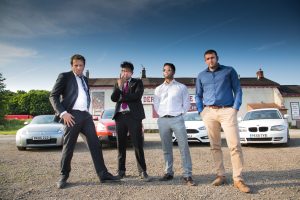 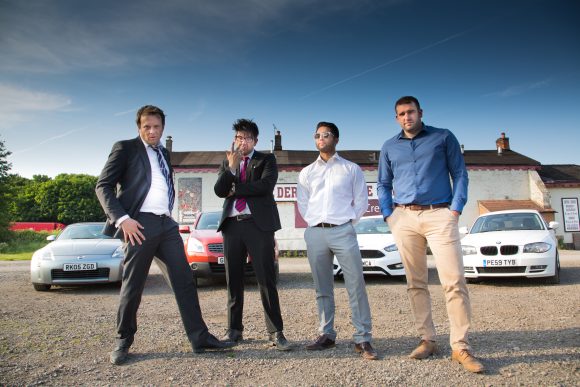 Geoff Cox Used Cars and the now defunct Caralot will battle it out in 10 weekly episodes to see who can make the most profit in a week. The losing dealer will have to suffer a forfeit.

Both dealers must sell the car before the end of the week, otherwise they automatically lose.

The show gives an insight into a week in the life of both dealers and the rivalry between two of the city’s top used car centres.

Sean Cantillon, general manager of Geoff Cox Derby, said: ‘We have banter between the two of us, and the production company’s brief was to find two car dealerships that interact with each other and have a bit of banter but get the job done.

‘We already had some competition between me and Jamie on social media and we’d prank each other as well. So when Car Dealer were contacted by Renegade Pictures, they straight away put us forward having seen our banter on social media.’

Caralot’s former creative director, Jamie Caple, said: ‘The producers came to us, they saw what we did and said they’d do something. Over the years various things had happened, certainly at Caralot, where you thought something might happen like this, but it never did.

‘We certainly didn’t interact much with other dealerships, we were quite insular and maybe didn’t have a great rapport with a lot of other dealers, but we did with these guys and it was real and that’s what I think makes the show so good because it’s reality.’

The show will give the public an insight into the world of car dealerships, which have sometimes been portrayed in an unfair light, but Caple hopes the show will change public opinion.

‘I think, as a TV company, what they’re looking to do is have a show that has longevity, and while they make a little parody of yourselves, ultimately they want the viewers to buy into the characters and they want the people to be endearing.’

Used Car Wars starts tonight and will be broadcast on Dave at 8pm every Wednesday. It will also be available on demand on UKTV Play.