Subaru’s next BRZ sports car is unlikely to be coming to the UK as its new boss has insisted the Japanese brand’s future is with SUVs.

Speaking to Car Dealer, Subaru UK’s new managing director John Hurtig said he has grand plans to revitalise an unhappy dealer network, and turn the brand around – but SUVs are very part of the agenda.

Moreover, the Japanese brand’s renewed focus on offering high-riding models for family buyers also puts a large question mark over the possibility of a WRX STI replacement in the future.

The UK’s love of Subaru performance models has been a problem for the brand in recent years, and is a sticking point Hurtig wants to address. 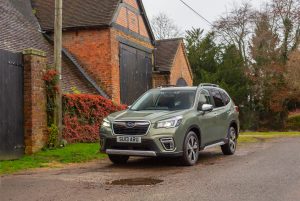 SUVs like the Forester is where Subaru’s future lies, says UK boss

‘Still I hear Subaru is a performance brand and obviously we are not if you look at our line-up – it’s just SUVs and crossovers,’ he said in the interview, which you can watch at the top of this story.

‘When Subaru left rallying, it became an SUV and crossover brand. There was of course the WRX STI but that was killed off because of emissions.

‘The future is SUVs and crossovers. A sports car may appear in the future but the brand will not shift its focus from SUVs, crossovers and its four-wheel drive drivetrain. There is no doubt that will be our future.’

The second-generation BRZ, again a joint project with Toyota, is nearing its launch for later this year.

It will get its debut to a select group of brand enthusiasts at this year’s Subiefest in California, USA.

But, for now at least, the two-seater, rear-wheel drive sports car will be reserved for the North American market, with its sister car, the Toyota GT 86, having to fight it alone in the dwindling sports car market in Europe. 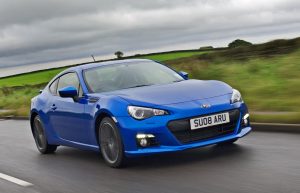 ‘The BRZ was an an exciting model but I am more into us making this brand more SUV and crossover focussed – that’s where the mass is,’ said Hurtig.

‘[SUV] customers will be asking for Subaru because we can solve a task that no-one else can – we have a durability and capability advantage, especially with our boxer engines, that I think no-one else has. It has been proven for 40 years.’

Subaru plans to launch a range of hybrid and plug-in hybrid models all based on a new platform in the coming years, including a full electric model.