Home > News > What a night of racing! Teams battle it out in our 2020 Go-Karting Challenge Final 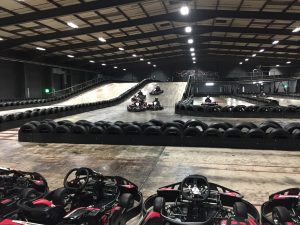 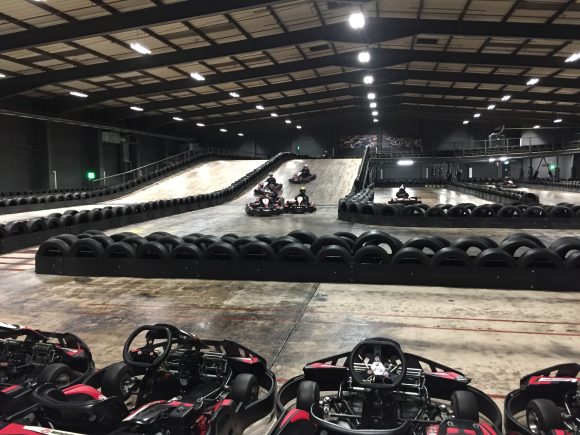 What a night of racing! Teams battle it out in our 2020 Go-Karting Challenge Final

The venue for the final was the TeamSport Karting circuit in the heart of Leicester – a central location chosen to be as convenient as possible for our contenders, some of whom had travelled hundreds of miles to compete.

Ten teams rocked up at the venue for the event and there was an immediate air of anticipation as they immediately began to size each other up and got prepared to continue rivalries from the regional rounds.

After a pre-race safety briefing and a welcome from Ryan Scaife, Head of Sales (South) for Close Brothers Motor Finance, it was straight on to the track for the 15-minute practice session.

The warm-up laps got off to a hot start as expected with some great times being recorded by the likes of Bournemouth High Performance and Blackshaws, whose team line-up was notable as it included the only two female finalists, Mary Thompson and Sharron Spall, directors of WeRecruitAuto.

However, Nick King Car Sales, flying the flag for Gloucestershire, notched up the fastest practice lap with a time of just 38.1 seconds, installing themselves as early favourites.

Rumours had even started circulating that they had travelled up from the West Country for a practice session a couple of weeks before the competition. Would this extra preparation pay off?

With practice completed, and with barely a break in the action, it was straight back on track to line up on the grid for the start of the final proper.

The teams lined up on the grid with The Bikers and Automotive Addiction on pole and the 90-minute endurance race had started. 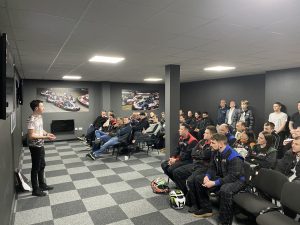 The first couple of laps were very tight with High Auto and Automotive Addiction in front but no-one able to break away from the chasing pack.

This set the trend for the first 10 circuits as the pack stayed together with Automotive Addiction, Avi Dhir Car Sales and Nick King all taking a turn at the top of the leader board.

After 15 minutes of tight, competitive racing, Automotive Addiction started to open up a small lead of five seconds from Avi Dhir and Nick King, who at this stage had posted the fastest lap (38.099 seconds). In fact, less than a lap was covering the top five teams.

The quality of racing was high as expected, with this being the final, and with 30 minutes gone, Nick King Cars had taken the lead after a very smooth pit change. Automotive Addiction and The Bikers were in second and third with Lane Pearson and G3 Vehicle Auctions still in contention.

Bringing up the rear at this point, probably tactfully to allow their business partners to enjoy the best chance of glory, was the team from Close Brothers Motor Finance. 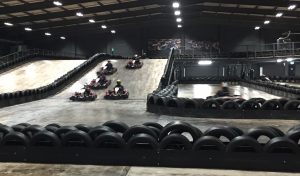 Heading into the last 30 minutes, and all the top five teams were in with a chance of lifting the prestigious Go-Karting Challenge Trophy. Automotive Addiction had dropped to fourth after incurring a costly black flag time penalty; meanwhile Lane Pearson were climbing the leader board to reach fifth – but had they left it too late?

Nick King were really beginning to excel and with 10 minutes remaining put in the fastest lap of the night – a blistering 36.2 seconds – to extend their lead to two laps with just 10 minutes to go.   However, The Bikers were not giving up and had whittled the lead down to less than a lap with five  minutes left on the clock. Would they have enough time to catch Nick King? G3 and Automotive Addiction were fighting it out for the final podium spot.

Then drama unfolded as there was a black-flag incident with two minutes left. Bournemouth High Performance were penalised for nudging Blackshaws into a spin. Would this affect the leaders?   The answer was an emphatic ‘no’ as Nick King Car Sales held their nerve to take the trophy.

Despite their late surge, The Bikers came home second only 18 seconds behind the winners and G3 Vehicle Auctions had won the battle for the last podium spot from Automotive Addiction.   It was a thrilling, competitive race and definitely a worthy final.

Team name and number of laps completed in the 90 minutes

Close Brothers Motor Finance (team retired shortly before the end of the race): 113

MORE: The 2020 Go-Karting Kings! Challenge champions delighted with their triumph