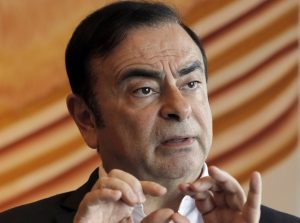 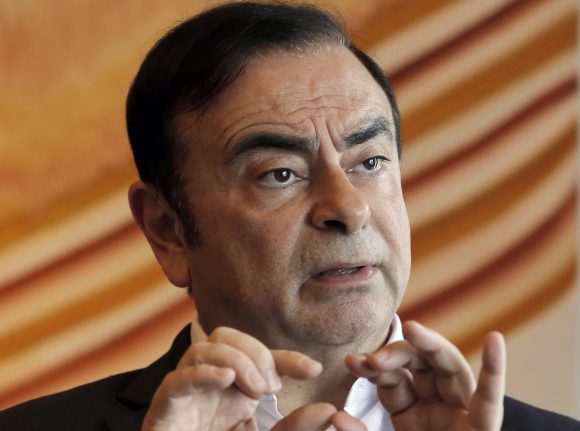 Ghosn was arrested in November, released on bail in March, but rearrested on April 4 on new allegations and taken to the Tokyo Detention House.

He has been charged with under-reporting his post-retirement compensation and breach of trust in diverting Nissan money and allegedly having it shoulder his personal investment losses.

The 65-year-old led Nissan Motor Co for two decades and was credited with steering the success of its global alliance with Renault and Mitsubishi.

Ghosn, a Brazilian-born Frenchman of Lebanese ancestry, says he is innocent. He contends the compensation allegedly under-reported was never decided on or paid and the payments considered to be a breach of trust were legitimate.

The latest bail agreement follows £6.9million in bail that Ghosn posted for his earlier release.

For that release, his defence team offered special conditions such installing a surveillance camera at the entrance to a specified residence for the former executive and promising that he would use a mobile phone and the internet only under specified conditions.

The latest release carries similar restrictions, including not leaving the country, according to the court.

Ghosn walked solemnly out of the Tokyo Detention House today with one of his lawyers by his side. They got into a dark van without speaking and drove off, watched by dozens of journalists who had been waiting for his release for hours.

Prosecutors had fought to keep him in custody, contending he could tamper with evidence or influence witnesses. But Tokyo District Court decided that he should be released.

The court also decided to restrict Ghosn’s contact with his wife, Carole Ghosn, targeting her as someone related to the latest allegations, according to his legal team.

When he was released on March 4 after more than 100 days in detention, he wore a cap, mask and what appeared to be a construction worker’s outfit.

Ghosn was still easily recognisable, and the ‘disguise’ provoked widespread amusement and comment.

Ghosn’s case has reignited criticism, both internally and internationally, against lengthy detentions without a trial or conviction in Japan, which critics call ‘hostage justice’.

Although prolonged detentions are routine in Japan, rearresting a person who has cleared bail is unusual.

MORE: Tackle the threat of cyber crime at CDX

MORE: Marshall and Manheim team up for record-breaking mega-week