Nissan to build a GT-R Nismo 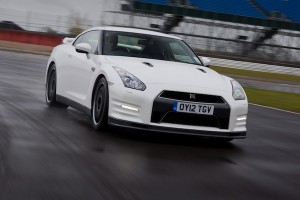 NISSAN GT-R dealers will soon be selling a brand new version of the legendary supercar.

The GT-R Nismo will be the third Nismo-badged model to emerge from Nissan’s performance-orientated brand as part of a strategy to add a range of exciting, innovative performance models across the Nissan range.

The GT-R Nismo follows on from the 370Z Nismo and the recently launched Juke Nismo.

‘It would be unthinkable for us to develop a range of Nismo road cars without including the GT-R,’ said Nissan CEO, Carlos Ghosn. ‘The standard road car is a global supercar and the GT-R’s performance on track reflects the passion and talents of the Nismo team.’

The standard 2013 Nissan GT-R has just received a host of upgrades based on the company’s exploits in last year’s 24-Hours Nürburgring, and its success in Super GT and Global GT series.

As a result, the vehicle’s overall performance has been dramatically increased, high-speed stability improved and ride quality vastly more refined.

In development now, the new GT-R Nismo will sit at the top of the new Nissan Nismo range of performance vehicles, and be available alongside the standard model in Nissan’s specialised GT-R dealerships next year.

Technical specifications and performance figures will be released closer to launch.