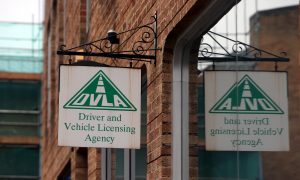 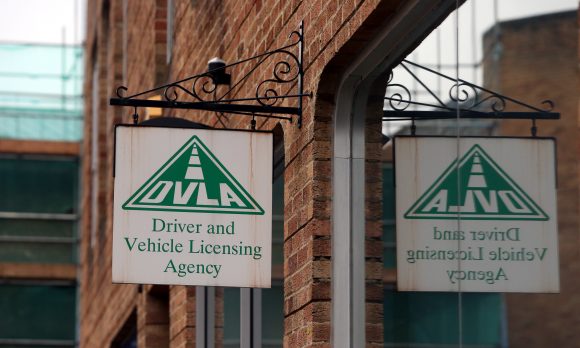 No insurance more likely to lead to ban than dangerous driving

Motorists are more likely to lose their licence for driving with no insurance than they are for dangerous driving, new data has shown.

A Freedom of Information request sent to the DVLA by leasing company Moneyshake found that 14,512 uninsured drivers had their licenses taken away between 2017 and 2021.

That is more than 600 higher than the 13,909 people who were banned from the roads for offences of dangerous driving.

The data revealed that a whopping 502,888 drivers have had their licences revoked in the past four years.

The FoI request showed that on average 3,767 drink drivers are banned from British roads every month.

There were a number of worrying trends in the data – including the fact that drug driving offences have doubled since 2017.

It also found that drivers banned for excessive speeding jumped by 60 per cent between 2017 and 2019.

A spokesman for Moneyshake said: ‘We sent a Freedom of Information request to the DVLA to find out how many UK drivers lost their licence from serious motoring offences between 2017 and 2021.

‘The data reveals that 502,888 drivers have been disqualified from driving in the last four years.

‘By excluding ‘totting up’ bans, where drivers accrue 12 or more penalty points in three years and therefore face an automatic disqualification, we found that 358,542 drivers have been banned after committing a single serious offence, averaging around 86,000 per year.

The top ten offences people lost their licences for can be seen below: 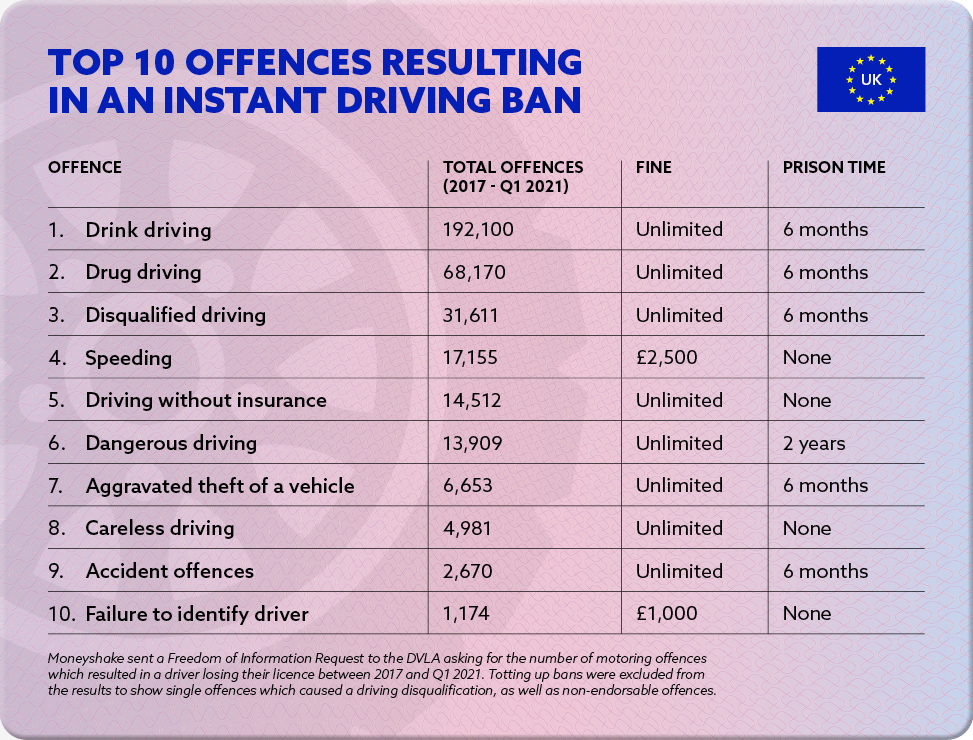