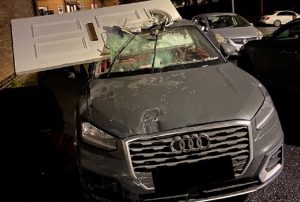 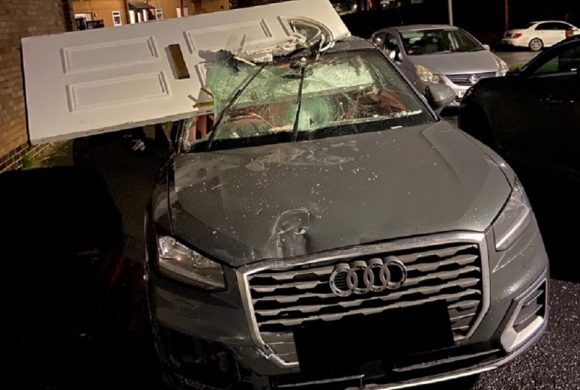 England will enter a strengthened three-tiered system of local restrictions when the national lockdown ends on December 2, Downing Street has said.

Boris Johnson is expected to detail his plan for winter, which includes details on how families can see their loved ones at Christmas, to MPs tomorrow.

The ‘Covid winter plan’ is expected to place more areas into the higher tiers to keep the virus under control to ensure further restrictions are not needed, No 10 said. The Cabinet is expected to discuss and sign off the plan today before Johnson announces it to Parliament tomorrow.

Sunak to spend big, but warns borrowing cannot go on

Rishi Sunak is to outline a plan for vast spending to recover from the nation’s finances from the coronavirus crisis, but has warned high levels of borrowing cannot go on ‘indefinitely’.

The Chancellor will unveil a £100bn plan for long-term infrastructure investment and a £3bn package of new spending to support the NHS in recovering from the pandemic.

But in an interview ahead of his spending review on Wednesday, he warned that the nation is experiencing an ‘economic shock’ that must be paid for somehow.

Hundreds of people in Merthyr Tydfil turned up at the first day of a pilot scheme of mass coronavirus testing.

Rapid Covid-19 tests are being offered to the area’s residents and workers even if they do not have symptoms, a week after the town registered the highest rate of new cases in the UK.

Car driven away with front door lodged in windscreen

A driver crashed into the front porch of a house and then continued driving with the front door lodged between his car windscreen and roof.

West Yorkshire Police were called to Ashworth Road, Dewsbury, at 7.43pm on Friday, where the driver was arrested on suspicion of driving under the influence of drugs or alcohol.

The silver Audi collided with another vehicle before it hit the house and then continued driving for several metres with the front door attached to the car.

The UK and Canada have reached a deal to continue trading under the same terms as the current European Union agreement after the Brexit transition period ends.

The government said the agreement paves the way for negotiations to begin next year on a new comprehensive deal with Canada, which has been touted as one of the benefits of the UK leaving the EU.

Landlords of shoe brand Clarks have approved a plan which will allow the struggling chain to pay no rent on many of its stores, as part of a rescue of the 195-year-old company.

The business said that 90 per cent of its creditors, which include landlords, have voted for its proposed company voluntary arrangement (CVA).

It clears a major hurdle for the rescue of Clarks, spearheaded by private equity money from Hong Kong-based LionRock Capital.

Pets at Home is set to reveal a surge in sales over the past six months after the pandemic helped to drive a boom in pet ownership.

Investors will be hopeful that the pet shop chain will reveal strong continued demand in recent months after England entered its second nation lockdown.

The company will unveil its latest figures for the half-year to September in an update to shareholders on Tuesday.

£1.9bn of stamp duty generated between July and September

Some £1.9bn was raised from stamp duty between July and September, according to tax officials, marking a 27 per cent increase compared with the previous three months as lockdown restrictions eased.

The total was still down by 40 per cent compared with the third quarter of 2019, when stamp duty totalled £3.1bn, the figures released by HMRC showed.

Many parents may be using the wrong child car seats

New research has found that many UK parents are using an inappropriate child car seat.

Conducted by Volvo UK, the survey of 2,030 adults found that 94 per cent used a front-facing car seat when their child was aged four years old or under – contrasting safety recommendations.

A fifth of these people also said that they had used a front-facing seat before their child had reached six months old. Advice to parents is to use rear-facing seats for children up to the age of four.

The BBC says it will remain quite cloudy for southern coastal counties with some drizzle possible today. It will be sunnier further north, but blustery showers are likely throughout the day in the north west.

Tonight will remain cloudy for much of the night for southern Wales and England and with scattered showers in the north-west. Elsewhere skies will be mostly clear and it will become quite chilly in the east.

Tomorrow will be a generally milder day. Rain and cloud will push into the north and west, but it will remain dry elsewhere with variable cloud amounts.