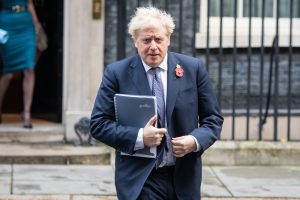 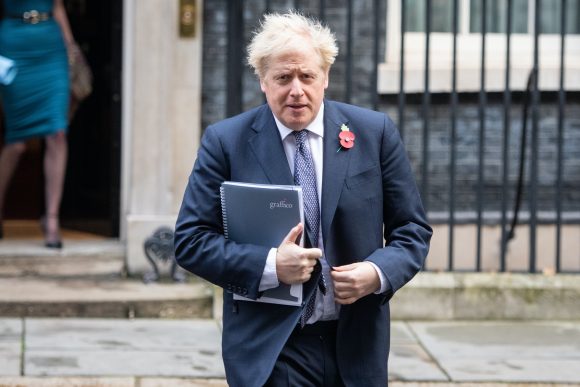 Boris Johnson will set out plans for a strengthened three-tier system of coronavirus restrictions to replace the national lockdown in England and to pave the way for a limited relaxation at Christmas.

The Prime Minister is to detail his winter strategy this afternoon and it is understood he will tell MPs that non-essential shops can open in all three tiers after the current restrictions expire on December 2, in a boost for retailers during the festive period.

However, pubs and restaurants will face the harshest of the new measures with businesses in the new Tier 3 only allowed to offer takeaways.

Boris Johnson will also pledge major testing programmes for all areas forced into the highest level of coronavirus restrictions after the end of England’s national lockdown.

The Prime Minister is to announce today that the communities will get rapid testing with military support under his plans for a strengthened three-tier system.

The programme, which will include targeted testing in the highest risk areas, will use lateral flow tests that can produce results in as little as 30 minutes.

Isolation to be avoided with repeat testing

Close contacts of people who have tested positive for coronavirus will be offered repeated testing rather than being required to isolate under new plans.

Currently those deemed to have been in contact with a Covid-positive person are required to isolate for 14 days.

But the scheme will see people allowed to undergo daily tests for a week and not have to self-isolate unless they test positive themselves.

Hyundai and Ineos to co-operate on driving hydrogen economy forward

Chemicals giant Ineos has announced a new agreement with Korean car firm Hyundai aimed at developing the production of hydrogen.

The two companies signed a memorandum of understanding to ‘explore new opportunities’ to accelerate the global hydrogen economy.

Hyundai and Ineos said it will jointly investigate opportunities for the production and supply of hydrogen as well as the worldwide deployment of hydrogen technologies.

Halfords wheels out temporary jobs amid big demand for bikes

Retail giant Halfords is recruiting for 1,100 temporary jobs during the festive season amid a surge in demand for bikes.

In its latest results, the company reported a 148 per cent increase in online sales, including a 184 per cent rise in sales of electric bikes.

The temporary vacancies are in addition to the recruitment of a wide range of permanent service-related jobs across Halford’s stores, Autocentres and mobile vans.

People being pushed into debt by Covid-19 restrictions

Coronavirus restrictions are forcing people into debt in order to pay their bills, according to a charity.

A poll for Citizens Advice Scotland found almost half of people have run out of money before pay day since Covid-19 measures began in March.

The YouGov survey polled 1,862 people between October 19 and November 2. It found six per cent always run out of cash before payday since restrictions began while eight per cent fall short most of the time.

Opposition to bike lanes is overestimated, a survey commissioned by a cycling charity suggests.

The majority of people (56 per cent) support schemes to promote cycling and walking, with just 19 oer cent objecting to them, according to a YouGov poll of 2,094 UK adults on behalf of Cycling UK.

But just one in three respondents think the public is generally in favour of such measures, with 29 per cent believing there is overall opposition.

Dry and chilly start to week

The BBC says today will become milder, cloudier and more unsettled. Heavy rain will push into the north-west and linger for much of the day. It’ll be drier further south with variable cloud.

Tonight will be a mild night for most. Cloud cover will be quite extensive for much of the night with just some clear spots in the south and east for a time. Rain will persist in the north and west.

Tomorrow, rain will continue across N Ireland and central and southern Scotland for much of the day. It will be quite dull elsewhere with some drizzle in the thickest cloud. Brightness may develop to the south.