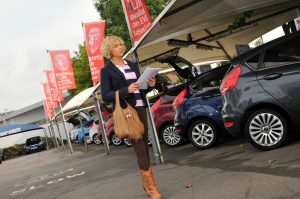 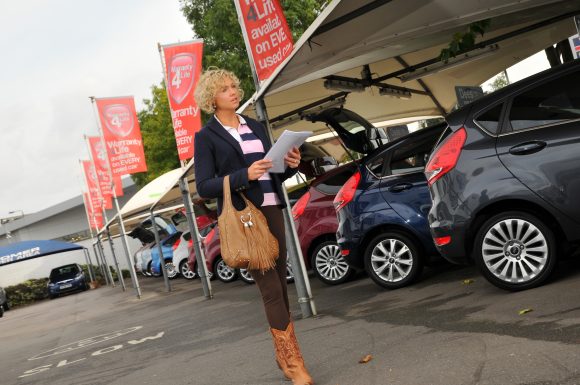 Customers who were holding off buying a new or used car in the hope of a scrappage scheme or VAT cut could decide now is the time to buy.

Surveys have shown that many car buyers have been holding off in the hope that car prices would be slashed by some form of government incentive.

But yesterday the chancellor only served up a VAT cut for the tourism and hospitality sectors, leaving the car industry ‘bitterly disappointed’.

Steve Fowler, editor in chief of Auto Express, said it will now be up to the motor trade to incentivise buyers themselves.

He said: ‘We may have seen more people in showrooms if there was some sort of government incentive to buy, and we know that some people had been holding off just in case there was an announcement.

‘After the clarity in the statement given exclusively to Auto Express last week, we fully expect people to buy now anyway.

‘It’s down to manufacturers and dealers to provide enough incentives to make more people want to part with their cash.’

What Car? Magazine polled 6,000 would-be car buyers earlier this week and found that 33 per cent of them were holding off in the hope of a scrappage scheme or other incentive to be introduced.

Editorial director Jim Holder said: ‘To date, the number holding off buying has held steady week by week, even as the prospect of any such schemes has crept backwards.

‘What’s needed is a definitive statement one way or the other – pretending it is not a live issue and refusing to comment definitely just leaves a vacuum.

‘While nobody can expect the government to give binding answers in a period of such tumultuous changes, ensuring a period of certainty, in which consumers can buy with confidence that they won’t lose out, must be possible.’

The trade body had been lobbying for a scrappage scheme or VAT cut to boost car sales.

Many in the car industry had hoped a scrappage scheme would be introduced in the summer, but with many dealers reporting buoyant sales as they restart business, the government has swerved the requests.

What measures did the chancellor announce yesterday?