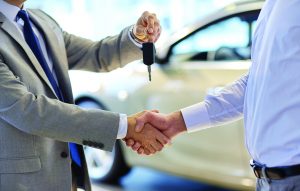 New business in December 2017 fell two per cent by value and five per cent by volume compared with the same month in 2016 to 54,589 cars.

The percentage of private new car sales financed by FLA members through the POS stayed almost level, with 88.1 per cent seen in 2017 compared with 88.2 per cent in 2016.

‘Trends in the new car finance market in the first half of 2018 are likely to be affected by the pattern of demand over the same period last year, when car purchases were brought forward into the first quarter prior to vehicle excise duty changes introduced in April.’

‘A tougher new car market often results in more low mileage, nearly new stock with attractive offers for consumers. This type of stock profile works well with PCP plans, offering customers access to newer, cleaner vehicles so it’s no surprise we continue to see an increase in demand for PCP for used cars. We expect this trend to continue and the used car market to remain robust this year.’