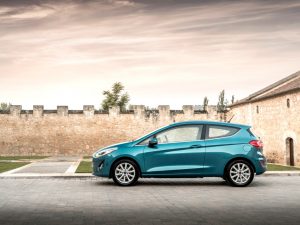 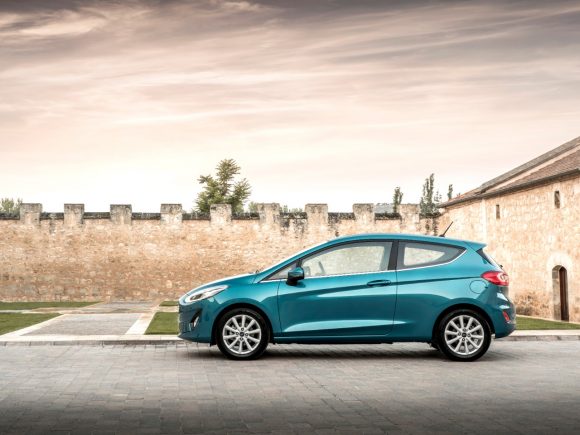 The government has been accused of ignoring its own scientists after documents showed that a ‘circuit-breaker’ lockdown was recommended by experts three weeks ago.

The Scientific Advisory Group for Emergencies (Sage) suggested immediately introducing a national lockdown lasting between two and three weeks to halt the spread of the virus, with the government’s failure to act on the advice branded ‘alarming’ by Labour.

The Sage document, dated September 21 and released just hours after prime minister Boris Johnson announced his three-tier system of alert levels for England, said a package of interventions was needed to reverse the ‘exponential’ rise in cases.

Normal Christmas ‘depends on our success’

The prime minister urged people to stick to coronavirus rules to help bring life back to normal in time for Christmas.

While announcing the new three-tier system of alert levels for England, Boris Johnson said a relatively normal Christmas was possible if the public continued to follow guidance on ‘the basic stuff’ such as social distancing and testing.

He told the Downing Street press conference on Monday: ‘We’ll do our absolute best to try to make sure we can get life back to as close to normal as possible for Christmas.’ 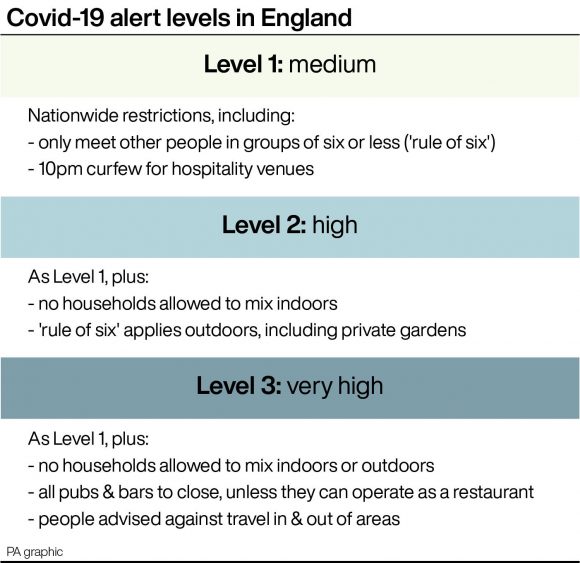 England carved up into three by restrictions

England is expected to be carved up into three tiers from tomorrow (Oct 14) with restrictions placed on each area depending on levels of coronavirus transmission.

The Liverpool city region will be placed in the most serious ‘very high’ risk category, while the high alert level reflects interventions in many areas subject to local restrictions, preventing mixing between different households indoors.

The medium alert level will cover most of England and will consist of the current national measures, including the rule of six and the 10pm curfew.

Ford has taken the decision to remove any diesel variants from its popular Fiesta range.

The Fiesta – which was previously available with two 1.5-litre four-cylinder diesel engines with either 84bhp or 118bhp – can now only be specified with petrol powertrains.

A spokesperson for Ford said that the diesel mix on Fiesta during 2020 has been ‘two to three per cent’, showing that demand had steadily declined. Read the full story here.

Consumers spent more last month as they started their early Christmas shopping and spruced up their homes, according to new figures.

The latest BRC-KPMG Retail Sales Monitor showed that total sales increased by 5.6 per cent in September.

Banks should provide details on how they would cope if interest rates were cut to zero or even turned negative, the Bank of England has said.

Deputy governor Sam Woods has written to financial institutions across the UK saying they must be operationally ready for such a move, which has not been ruled out.

Negative interest rates were considered by the central bank during a meeting in September, although Woods was keen to stress no decision had been made.

British Airways chief executive Alex Cruz has been shown the door as the airline struggles to cope with the coronavirus pandemic.

The carrier’s parent company, IAG, announced that he had stepped down after four and a half years in the role.

He has been replaced by Sean Doyle, who is the boss of another IAG airline, Aer Lingus.

Facebook has made a £1m donation to Bletchley Park to support its work for the next two years after the charity and museum said it had lost 95 per cent of its income because of the pandemic.

The social network said the donation was in recognition of the Buckinghamshire country’s house’s legacy as a birthplace of modern computing.

Bletchley Park was the base for codebreakers during the Second World War.

Boris Johnson’s latest announcement on regional restrictions, poor performing commodity stocks and a bounce in the pound ensured the FTSE 100 closed in the red yesterday.

The German Dax increased by 0.67 per cent, while the French Cac moved 0.71 per cent higher.

This morning, rain will be making its way southwards from Scotland, reaching northern England by the afternoon, says the BBC. There will be a scattering of showers across parts of England, Wales, and north Scotland too.

Tomorrow (Oct 14), showers will continue in parts of east Scotland, with a few heavy bursts progressing slightly northwards. There will be patchy cloud and an uneven scattering of showers and clear spells elsewhere across the country.

Elsewhere, it will be mostly dry with sunny spells. However, scattered showers are expected in the afternoon.