US President Donald Trump and wife Melania have tested positive for Covid-19, the president said in a tweet early this morning.

The news came after it was announced yesterday that senior Trump aide Hope Hicks had tested positive.

Trump tweeted: ‘Tonight, @FLOTUS and I tested positive for COVID-19. We will begin our quarantine and recovery process immediately. We will get through this TOGETHER!’

New local lockdowns will be imposed in the north of England as travellers arriving from Turkey and Poland are to be told to enter quarantine to combat a resurgence in coronavirus.

More than a third of the UK will be under heightened restrictions when Liverpool, Warrington, Hartlepool and Middlesbrough enter local lockdowns on Saturday.

Holidaymakers began cancelling their plans after Transport Secretary Grant Shapps announced yesterday that those returning from Turkey, Poland and the Caribbean islands of Bonaire, St Eustatius and Saba will have to isolate for 14 days if they arrive after 4am on Saturday.

Citroen has announced pricing and specifications for its new C4 and electric e-C4 models.

The standard C4 starts from £20,990, and brings a wealth of equipment as standard. Entry-level Sense specification cars feature LED headlights, 18-inch alloy wheels and a 10-inch touchscreen display with both Apple CarPlay and Android Auto.

MPs say E-scooters should be legalised on UK roads

E-scooters should be legalised in the UK within the next 18 months – provided they can be kept off pavements, MPs have said.

A consultation by Parliament’s transport committee found e-scooters could be an effective way to cut car journeys and clean up the air.

But it feared they could be dangerous to pedestrians if the vehicles – which travel at speeds of more than 15mph – were used on pavements.

Estate agents ‘should be forced to disclose hidden referral fees’

Estate agents should be forced to be up-front with customers about hidden fees they receive for recommending other companies to them, according to National Trading Standards.

Many customers remain unaware of the existence of referral fees when buying or selling a home, despite referrals being commonplace in the industry, it said.

Arrangements may exist involving referrals for conveyancing or other related legal work and financial services such as mortgages. The amounts paid for referrals vary widely, and could be in the form of money or another benefit, National Trading Standards said.

Investors buoyant on US stimulus

Traders were positive on the prospect of more stimulus packages coming from the US congress despite heavy hits to some of the FTSE 100’s biggest names. 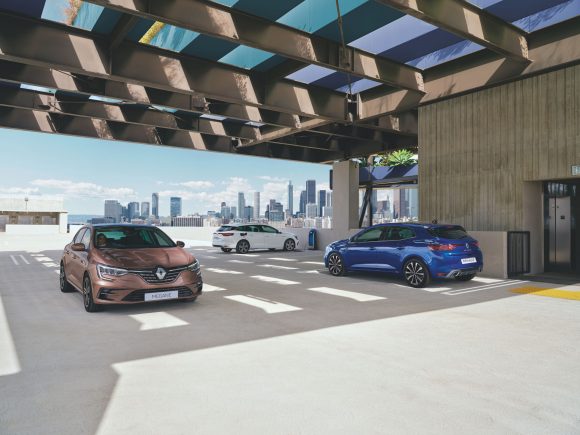 Renault has opened orders for the updated Megane hatchback and estate models, as well as the RS hot hatch.

All versions have seen various changes to their make-up, with one of the most notable being the addition of a plug-in hybrid powertrain for the Sport Tourer (estate).

On the outside of the hatch and estate versions, there are new front and rear bumpers, a new grille and new LED headlights and taillights, which are standard on all versions. The Megane RS 300 starts from £32,995.

Less than two thirds of Britons are now travelling to work as commuter numbers have fallen after Prime Minister Boris Johnson urged people to work from home to curb a second wave of Covid-19.

The Office for National Statistics (ONS) said 59 per cent of UK adults travelled to their workplace at some stage in the week to September 27, down from 64 per cent the previous week, which was the highest since records began in May.

It brings to an abrupt halt a recent rise in commuter numbers after Johnson’s U-turn last week on his campaign to get workers back to their offices.

Heavy rain will move northwards across southern areas today, accompanied by strong winds and gusts up to 55 mph, says the BBC. Northern areas will stay mostly dry and sunny, however cloud will develop later.

Tonight, it will be mostly cloudy with blustery rain in the south. Northern areas will be dry with clear spells in the west to start, but patchy rain will arrive later with cloud thickening for all.

Tomorrow will be wet and windy for many, with rain sweeping north-westwards. However, it will turn drier and brighter in the south-east later. Northern Ireland will be largely dry until evening.