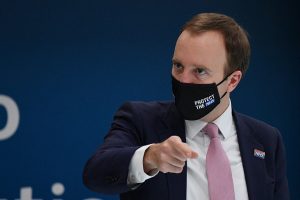 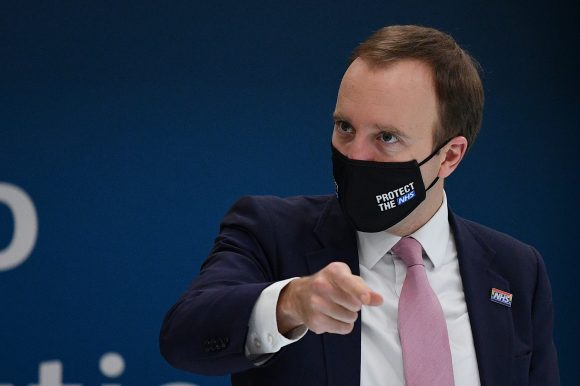 Boris Johnson is considering imposing stringent new national lockdown restrictions within days after scientists warned that half a million people were being infected with coronavirus each week.

The Prime Minister is expected to announce the measures for England – which could be introduced on Wednesday and last until December 1 – at a press conference on Monday, according to The Times.

Everything except essential shops and education settings could be closed under the new measures, the paper said, but no final decisions are believed to have been made. Tougher regional measures are also being considered.

Mazda MX-30 buyers will be given a free home charger

The offer is available to those who purchase the First Edition trim – just 500 of these launch models are coming to the UK priced at £27,495.

The charger will be provided by NewMotion and includes installation, but buyers can pay extra for a pole mount, longer cables or a different coloured fascia.

Hotel chain Marriott International has been fined £18.4m over a data breach which is estimated to have affected around 339m customers.

The sum demanded by the Information Commissioner’s Office (ICO) is reduced from the £99m initially announced in July last year, owing to the economic impact of Covid-19 and steps taken by the firm to mitigate the effects of the incident.

A cyber attack, from an unknown source, affected the systems of the Starwood hotels group in 2014 but was not detected until 2018, two years after Starwood was acquired by Marriott.

British Airways’ parent company IAG has swung to a pre-tax loss of £5.6bn for the nine months to the end of September.

This compared with a £2.1bn pre-tax profit during the same period a year ago.

One-off costs included a £1.45bn charge relating to fuel pricing bets – or hedging – since so few flights were operated, and £249m relating to the 10,000 redundancies planned.

Ford has entered into a pooling agreement with Volvo Car Corporation as a way to avoid any potential fines for missing EU emissions targets.

Volvo has agreed to sell Ford CO2 credits using the pooling system put into place by the European Commission.

It comes as the Swedish firm announces that it and affiliate Polestar will have reduced their own fleet emissions beyond their joint CO2 target for 2020.

London markets in the red

The London markets finished in the red following a brutal end to October for global traders yesterday.

On Friday, the Eurozone reported the fastest growth on record as it rebounded with 12.7 per cent growth in the quarter to September but this failed to drive a U-turn in sentiment.

The FTSE 100 has suffered its worst week since June after rising Covid-19 cases and European lockdown restrictions shook traders.

The slump was the biggest in a week since the middle of June, when markets were spooked by the chances of a second wave.

Cars not bike lanes are clogging up cities

Commuters driving to work instead of using public transport are responsible for clogging up cities rather than the installation of bike lanes, a cycling charity has claimed.

Cycling UK said its analysis of official data demonstrates ‘we need to make it more appealing’ for people to use active modes of travel such as cycling and walking.

It pointed to government figures showing car use has returned to 83 per cent of pre-coronavirus pandemic levels, despite Office for National Statistics data indicating only 59 per cent of workers have returned to their normal place of employment.

Heavy rain and gales to sweep UK with storm Aiden

Heavy rain and strong winds will sweep across the UK, bringing risks of flooding and travel disruption.

All parts of the UK will get wet weather, with western and hilly areas in line to receive the biggest drenching as Storm Aiden moves in from the west, said the Met Office.

Several yellow warnings for rain – covering Northern Ireland, much of Scotland, Wales and parts of western England – come into force from midnight, warning of spray and flooding on roads, flooding of some homes and businesses, interruption to some power supplies, and bus and train delays.