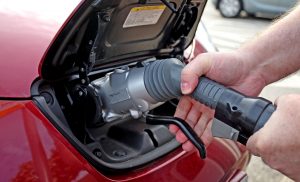 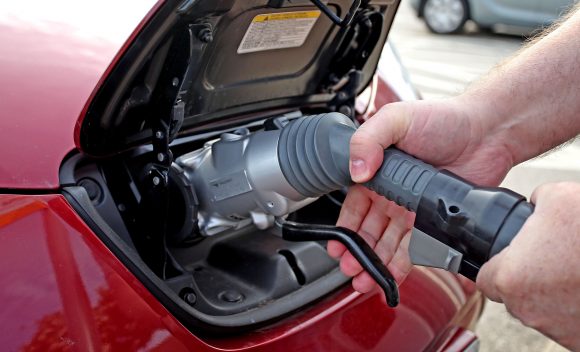 One in 10 drivers are looking to buy an electric car as their next vehicle within five years.

That’s according to an AA study out today (Feb 28) that also found that more than a fifth (22 per cent) of 15,677 drivers quizzed plan to buy a petrol vehicle next, while 19 per cent would buy a mild hybrid.

Last year, EVs made up 11.6 per cent of new car registrations versus 6.6 per cent in 2020, and with new EV sales outselling diesels last month, just one in four current diesel owners will get another.

That, says the AA, suggests that it really is the end for diesel cars.

It asked drivers that if they are planning to change their car in the next five years, which fuel does their current car use and what did they expect their next one to use? The results are below: 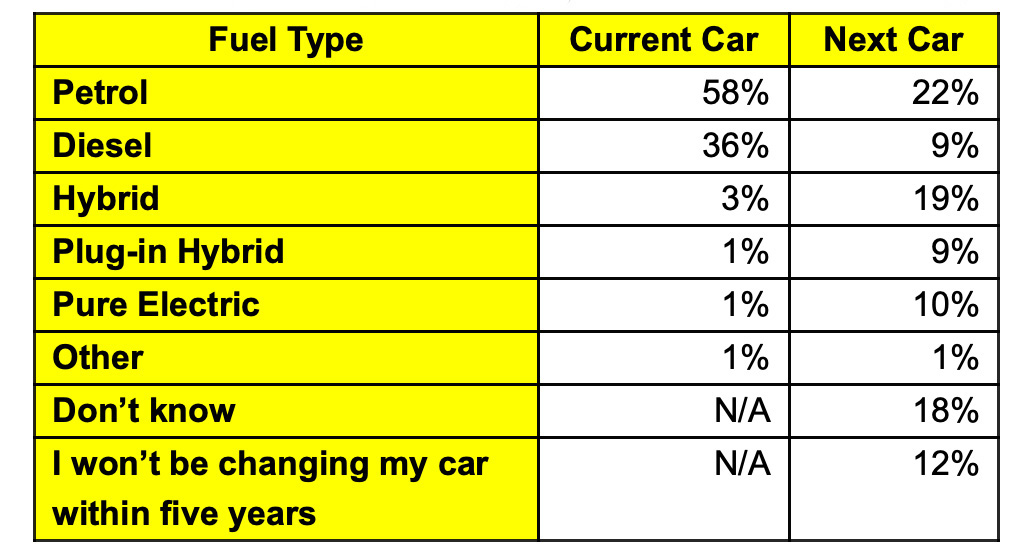 But even with the 2030 ban on the sale of new petrol and diesel vehicles, 18 per cent of drivers said they were unsure about their next vehicle choice.

However, the AA said that with the right incentives and consumer confidence, there was considerable scope for EVs to become the most popular drivetrain when people change their current car.

It’s launching a new EV advertising campaign today in which it aims to empower EV drivers across all their driving life, including learning, buying or leasing, and repairs, as well as accident assistance.

AA president Edmund King said: ‘One in 10 drivers saying they will actively choose an electric vehicle for their next car is a great step towards cleaning up the UK’s road-based transport system.

‘The electric revolution is in good health, but with a large group of drivers unsure which drivetrain to choose next, we know that some drivers need help and reassurance that, should they switch, the AA will be able to help them throughout their ownership.

‘With more EV-trained patrols than anyone else, we’re giving power to electric drivers so potential owners or long-standing EV drivers can trust us to support them throughout their electric dream.’