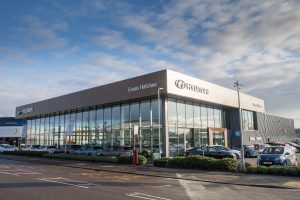 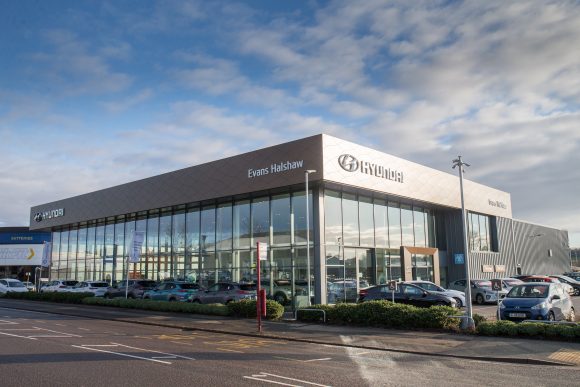 Pendragon expects its first-half pre-tax profit to be down by more than £2m on last year, it said today.

In a post-close trading update for the six months to June 30, 2022, the dealership chain – whose brands include Evans Halshaw, Stratstone and Car Store – said it expected to report a group underlying profit before tax of circa £33m, versus £35.1m for the same period last year.

It said it had experienced higher operating costs because of increased marketing as well as inflationary cost pressures.

Pendragon had also previously benefited from £8.3m of government support.

In its update, it said the group had ‘delivered another strong performance…and made further strategic progress towards its long-term goals’.

New vehicle volume had continued to be affected by supply constraints, it said, with the wider market down 11.9 per cent during the first half of the year.

It had therefore continued to focus on increasing margins per unit and strengthening its ‘already robust order bank’.

Used vehicle volumes were also down year on year, Pendragon noted, as supply pressures from lower new car production continued having a knock-on effect on how many used cars were available.

But used gross profit per unit also continued to be strong, it said, although it had been lower than the ‘exceptional’ figures of the second half of its 2021 financial year.

Meanwhile, aftersales revenue and profitability were both higher than last year, it said.

Chief executive Bill Berman said: ‘After a strong H1, Pendragon carries good momentum going into the second half of the year.

‘While challenges persist in the form of new and used vehicle supply, we are confident that the progress we are making against our strategic initiatives provides us with a strong platform to navigate this period successfully.

‘I would like to thank all of our associates for their continued hard work and dedication in helping us to deliver our long-term ambitions.’

Looking ahead, Pendragon said in its update to the London Stock Exchange: ‘We are pleased with the strong start to FY22 and remain confident we have the right strategy in place.

‘We are mindful of the challenges to both new and used vehicle supply which are expected to continue for at least the remainder of the current financial year.

‘Softening consumer sentiment also has the potential to impact on demand in the second half.

‘However, we believe our market-leading proposition and mix of business models means we remain resilient in the face of these challenges and we continue to expect to deliver group underlying profit before tax in line with board expectations.’

Berman clung on to his job last month with a 65 per cent vote by shareholders who also rejected the directors’ pay report.

Analysts at Zeus Capital Research today hailed what they called a ‘strong performance’ and stuck with their original full year pre-tax profit forecast of £55.3m, adding that the group was currently ‘significantly undervalued’.