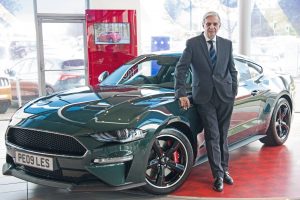 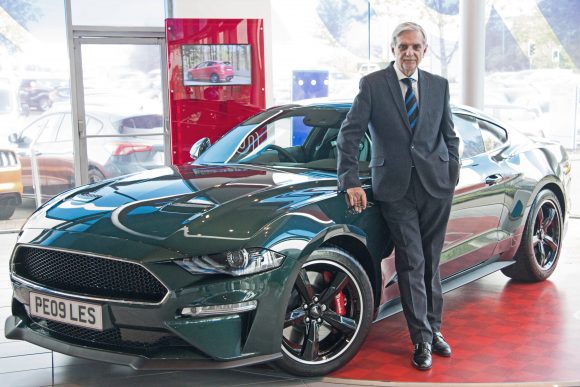 PEOPLES FORD today posted a profit of £5.5m on its second-highest annual turnover of £274.4m.

In its annual report to the year ending July 31, the company – which employs 400 people across six Ford main dealerships consisting of three in central Scotland and three in the north-west of England – said it had defied the trend of a difficult market.

Last year, the group, founded 36 years ago by Brian Gilda, pictured, and which is the largest independent dealership in Europe selling only Ford cars and commercial vehicles, enjoyed a record-breaking turnover of £276.5m, despite a much tougher trading and economic environment throughout the year. The profit figure of £5.5m this year, meanwhile, was the joint third best in its history.

It also showed an increase this year of 7.9 per cent in its financial position in terms of total assets as a consequence of its strong trading performance.

Company chairman Gilda said: ‘Throughout the year, the group has bettered all the operational benchmarks and financial milestones identified by the directors to our shareholders.

‘I’m delighted with these results. The real story, however, is to be found in the determination of my directors, management and staff to once more deliver up the best possible results in the face of fierce competition and diminishing volumes in certain sections of the market.

‘That, coupled with the outstanding loyalty of our customers, is what makes these results special.

‘It does not mean, however, that we can declare all is well in the world and that we can allow ourselves the luxury of taking our foot off the gas. For me and my team, that is just not possible in the arena in which we operate.’

Gilda, who is also chairman of the influential Ford Europe Product Panel, warned that the UK’s motor industry in the UK was ‘staring over a cliff edge’ because of the government’s failure to negotiate a Brexit deal.

‘Unless the government gets a fix on Brexit, an agreement which doesn’t impose unacceptable tariffs and cross-border trading constraints, the UK motor industry is facing armageddon. This is a huge industry in the UK and Brexit has the potential to do untold damage to it.

‘Chancellor Philip Hammond will have to be realistic and sensible in his Budget on October 29, because he can’t protect the economy unless Brexit is resolved.’