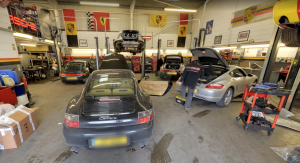 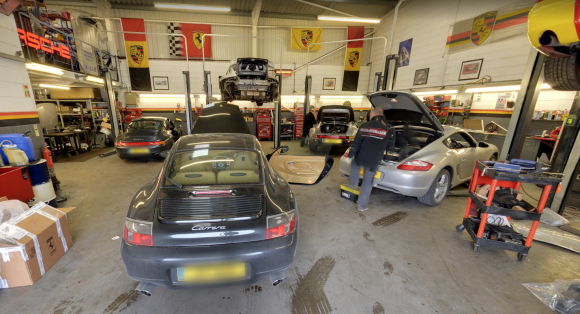 AN independent Porsche specialist garage has had a ‘sexist’ advert banned for objectifying women.

Leeds-based Strasse, pictured, ran the advert in a February 2019 edition of 911 & Porsche World that featured an image of the lower half of a woman’s body wearing a black fitted mini-dress and brightly coloured high heels under a car, surrounded by car tools and a handbag. Text across the image stated ‘ATTRACTIVE SERVICING’.

One person complained to the Advertising Standards Authority (ASA), saying the advert ‘was degrading and sexist towards women’ and claiming it could be seen as ‘offensive and irresponsible’.

Strasse (UK) Ltd refuted the complaint, though, saying the model was fully clothed and empowered by having the tools there. It added that the words ‘attractive servicing’ referred to its prices against those of competitors. Publisher CH Publications Ltd said the model wasn’t nude and it wasn’t clear that it was a female either. It also said the model’s pose was the typical position of anyone working beneath a car.

However, the ASA rejected Strasse and CH Publications’ comments and pointed out that the text ran across the model’s crotch and legs. It added that the model’s waist and lower half appeared from beneath the car, with her legs apart. Because of the positioning of her bent leg, her skirt was pulled up to reveal her upper thigh and crotch, even though they were in opaque black tights. Since the model’s face wasn’t shown, it said, that meant the lower half of her body became the main focus of the ad.

The watchdog commented that the phrase ‘attractive servicing’ would be understood to be a double entendre, implying the woman was the ‘attractive’ part of the servicing. It said it ‘considered this . . . likely to be viewed as demeaning towards women’, adding: ‘Although the image was only mildly sexual in nature, when combined with the phrase “attractive servicing” it had the effect of objectifying women by using a woman’s physical features to draw attention to the ad.’

Banning the advert, the ASA said it wasn’t sexually explicit. However, ‘by using a suggestive image that didn’t bear any relevance to the advertised product, the ad objectified women and was likely to cause serious offence to some people.’ It told Strasse (UK) Ltd to ensure that its advertising was socially responsible and didn’t cause serious offence by objectifying women.