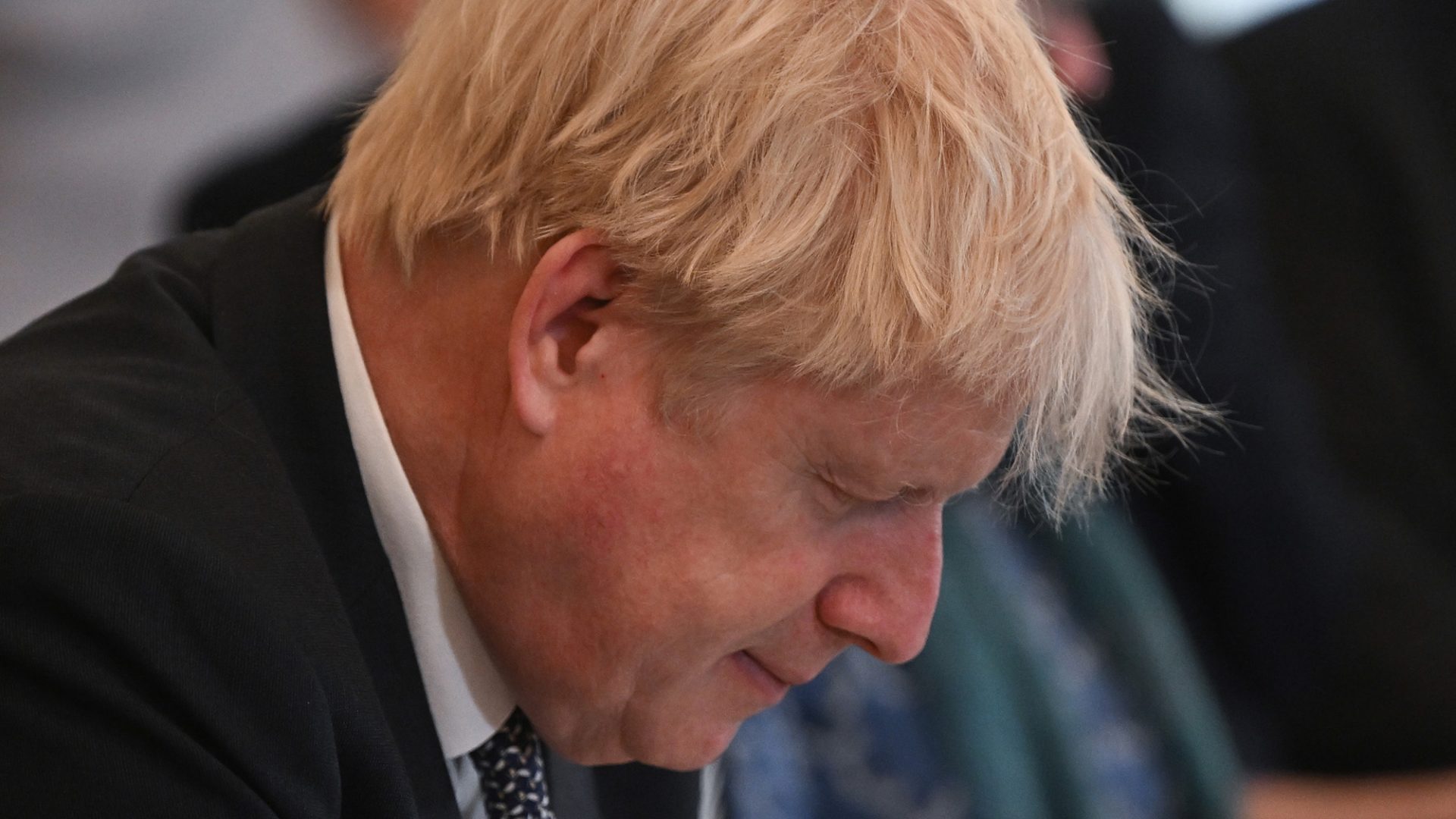 The pound lifted higher this morning after news broke that Boris Johnson will quit as leader of the Conservative party.

Sterling and UK stocks all strengthened as investors hoped the news will spell relief for UK assets, which have come under heavy pressure in recent months.

The pound had slid to a two-year low against the US dollar yesterday.

Johnson finally agreed today to step down as Tory leader amid a series of fresh resignations from his government.

With the latest ministers to quit his Cabinet including newly appointed education secretary Michelle Donelan and Northern Ireland secretary Brandon Lewis, a Number 10 source said the prime minister had agreed to stand down – although he intends to stay in Downing Street until a new leader is elected by the party.

Johnson is expected to address the nation at 12.30pm.

‘Although predominantly driven by the strong dollar, another less significant factor pushing the pound lower over recent weeks has been the political uncertainty, so I think we can expect to see some relief being priced into the UK currency as more details of Johnson’s plan to step down are announced.

‘Financial markets prefer certainty and this situation is no different.’

He added that UK stocks were also in positive territory but that this shouldn’t be linked too directly to the political backdrop.

‘It’s a strong morning for European equities in general and difficult to attribute much of the move to the political headlines,’ he said.

Matthew Ryan, head of market strategy at Ebury, said: ‘So far, GBP has taken the political uncertainty in its stride and actually posted modest gains this morning on the headlines that Johnson was planning to resign.

‘Markets were already fully expecting him to go, but news of an imminent resignation, and the avoidance of a likely messy and potentially ugly removal from office, has given the pound a modest leg up.’

However, the pound is still in a historically weak position against other major international currencies.

Walid Koudmani, chief market analyst at XTB, said: ‘Make no mistake, the pound remains severely weak due to the dire state of the UK economy, which is underperforming its peers, and likely to enter into a recession while the Bank of England refuses to hike interest rates aggressively to deal with the escalating inflation.

‘The UK index is attempting to find a clear direction as investors impatiently await further developments after the news of a massive exodus of ministers from his cabinet.

‘One thing is for certain though, the new prime minister – whoever that is – has a massive job on their hands.’