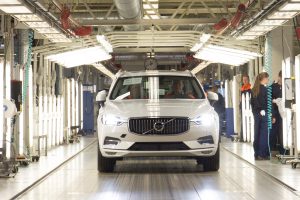 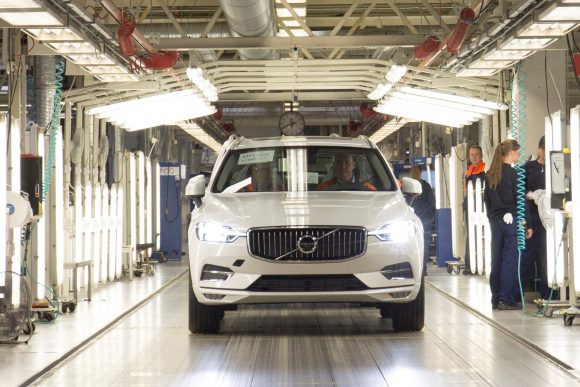 Production of Volvo’s new XC60 under way in Sweden

The new car replaces Volvo’s highly successful original XC60, which in the nine years since its launch became the best-selling premium mid-sized SUV in Europe, with nearly a million units sold globally. The XC60 today represents around 30 per cent of Volvo’s total global sales.

‘This is a proud day for everyone at the plant,’ said Magnus Nilsson, vice president of the Torslanda plant. ‘We have worked hard in recent weeks and months to prepare Torslanda for this latest new Volvo model, and now we are ready to start delivering new XC60s to customers.’

The XC60 is the fourth model based on Volvo’s in-house-developed SPA vehicle architecture, following the introduction of the top-of-the-line 90 series in recent years. The SPA-related investments in Sweden have had positive effects on employment at the company, with thousands of new jobs added in production, research and development, and other areas.

The new XC60 has been designed to be super-safe and is loaded with new technology. Steer Assist has been added to the City Safety system. A new safety feature called Oncoming Lane Mitigation uses Steer Assist to help mitigate head-on collisions, while Volvo’s Blind Spot Information System (BLIS) now uses Steer Assist functionality to reduce the risk of lane-changing collisions.

Pilot Assist, Volvo’s advanced semi-autonomous driver-assistance system, which takes care of the steering, acceleration and braking on well-marked roads up to 130 km/h, is available as an option.

MORE: James Baggott: Technology’s fine, but I don’t want my car to crash when I snooze

On SuperUnleaded.com: Aston Martin Celebrates Redevelopment Of New Plant By Skidding £65m Of Cars Through It