Home > News > Reid all about it: Jim does the #icebucket challenge 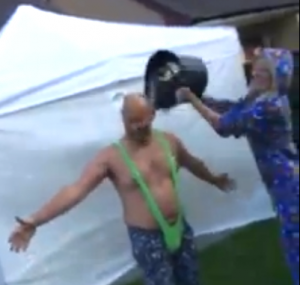 Reid all about it: Jim does the #icebucket challenge

THERE’S no end in sight to the ice bucket madness!

The #CAPNominate challenge began in February after a simple tweet conversation between CAP and Tesco lead to the car information experts nominating dealers to wear novelty leggings.

The latest dealer to be nominated was Aberdeenshire-based car dealer Jim Reid – and he combined his nomination with the ice bucket challenge and was dressed in a Borat-style mankini as well!

The two challenges were filmed and posted on Reid’s company Facebook page. You can watch the chilly challenges below.