Home > Car News > Review: BMW iX is worthy of its position as an electric flagship 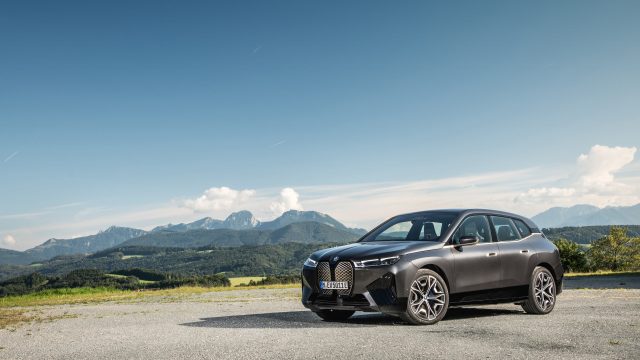 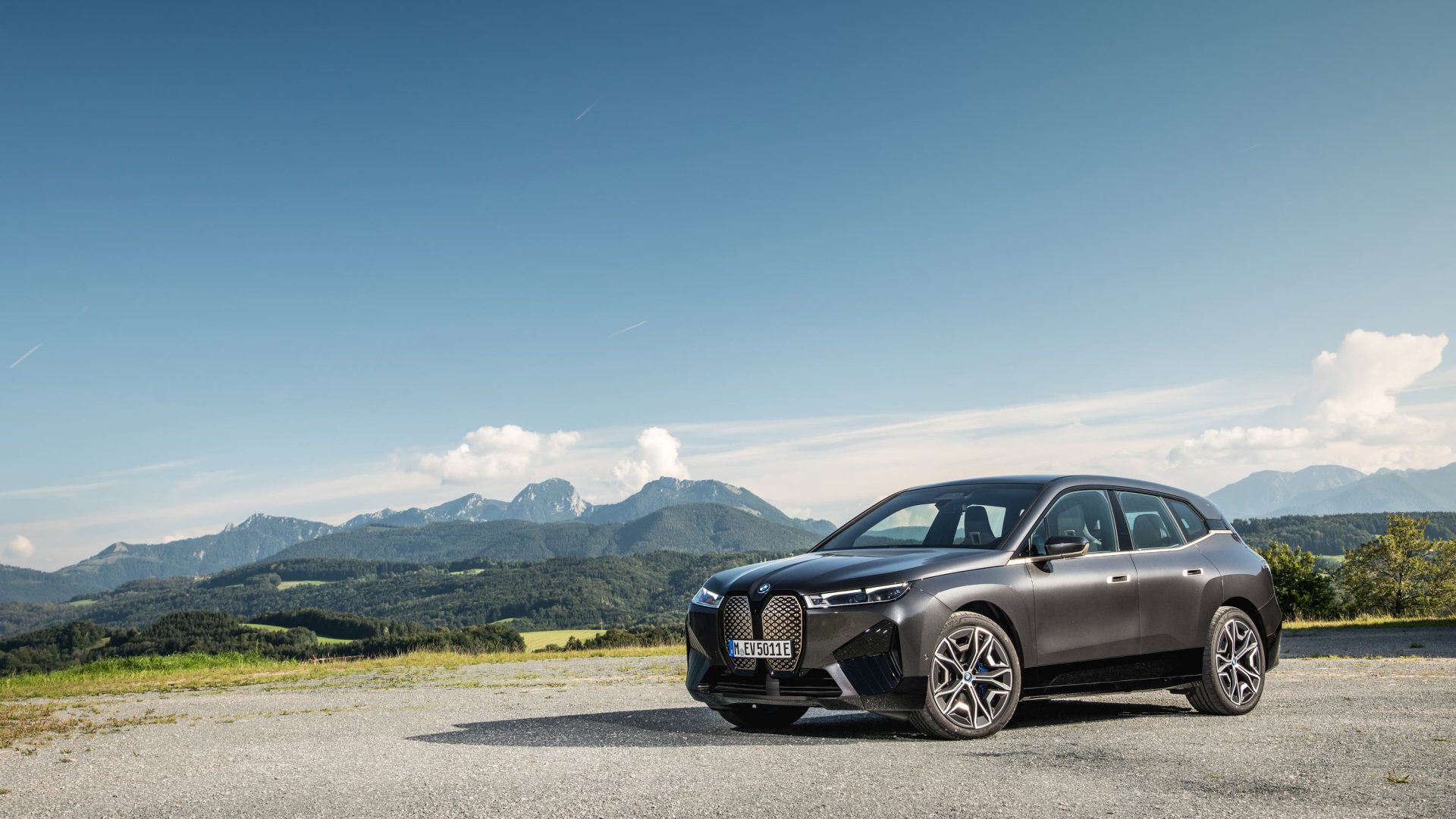 Review: BMW iX is worthy of its position as an electric flagship

BMW’s electric vehicle line-up is expanding, and the new iX will sit at the top but is the SUV worthy of that position?

To find out, our man Darren Cassey got behind the wheel.

Another day, another new electric vehicle. However, while it’s easy to become overwhelmed by all the new zero-emissions models being released right now, this one’s actually quite important.

That’s because the iX is BMW’s flagship electric SUV. It’s the one that showcases all of the technological advances and what we can expect from the firm’s future EVs.

Each manufacturer seems to be taking a slightly different strategy with its new wave of EVs, and for BMW that means creating the ‘i’ sub-brand. The iX will sit at the top of the SUV branch, which currently has only the iX3 below it. 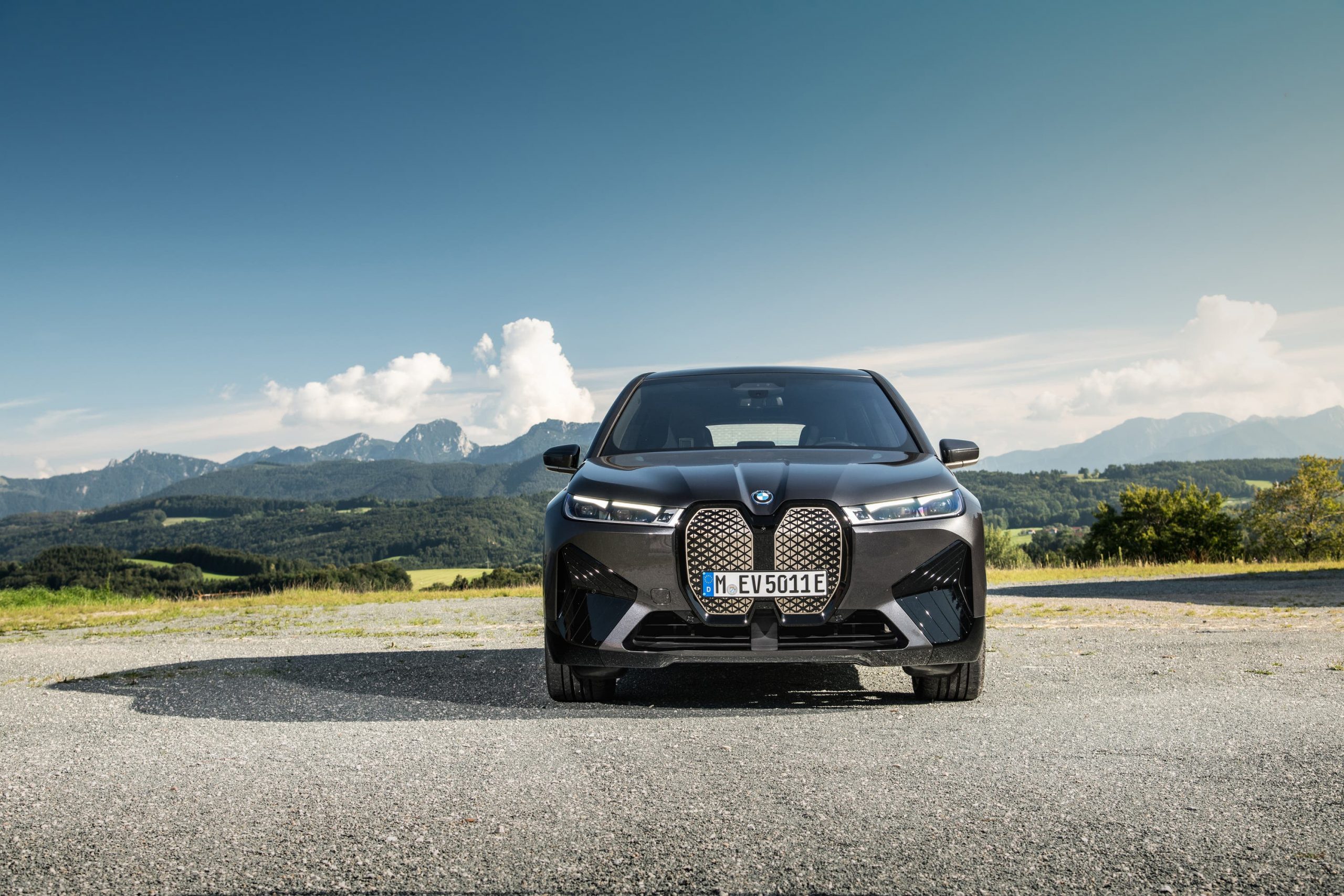 The BMW iX is new from the ground up, with a new platform designed to be used solely by electric vehicles. This means it can be designed for optimal placement of the batteries and motors, which improves weight distribution and interior space.

It also uses a mix of materials to keep weight low while retaining strength, as well as using more sustainably sourced materials as part of the firm’s new sustainability focus. As the technology flagship, it boasts hugely impressive technology, from advanced driver assistance to the latest infotainment system. 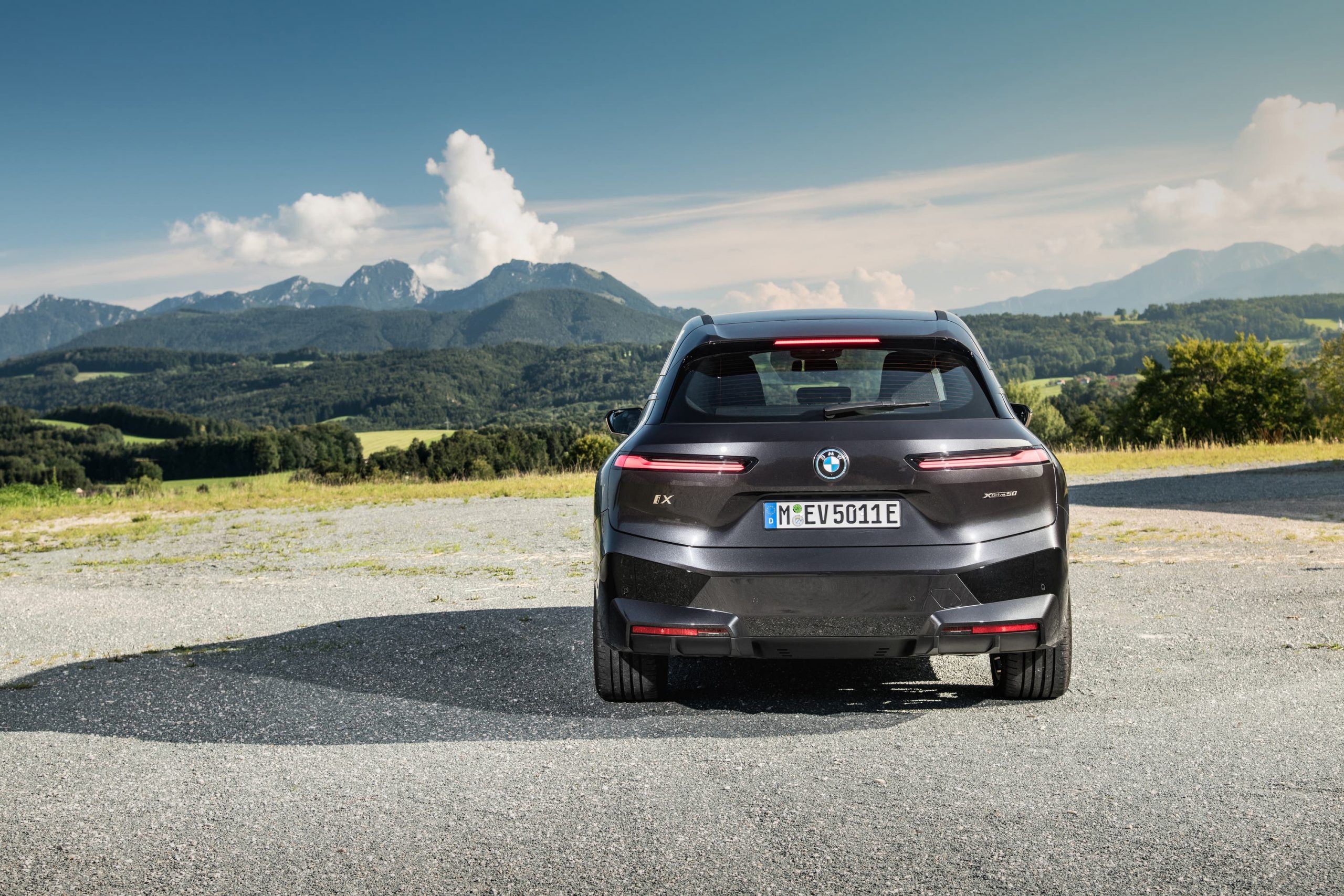 Power comes from two electric motors, one on each axle, which provide all-wheel-drive. There are two versions available, called xDrive40 and xDrive 50. The former has a power output of 321bhp and 630Nm of torque, while the latter (which we’re testing today) has 516bhp and 720Nm of torque.

Considering the fact that this is a big, heavy SUV, that power output does a great job of catapulting it forward – the 0-60mph sprint takes just 4.4 seconds – with the instant torque giving it that ultra-responsive punch of performance we’ve come to love from electric motors. 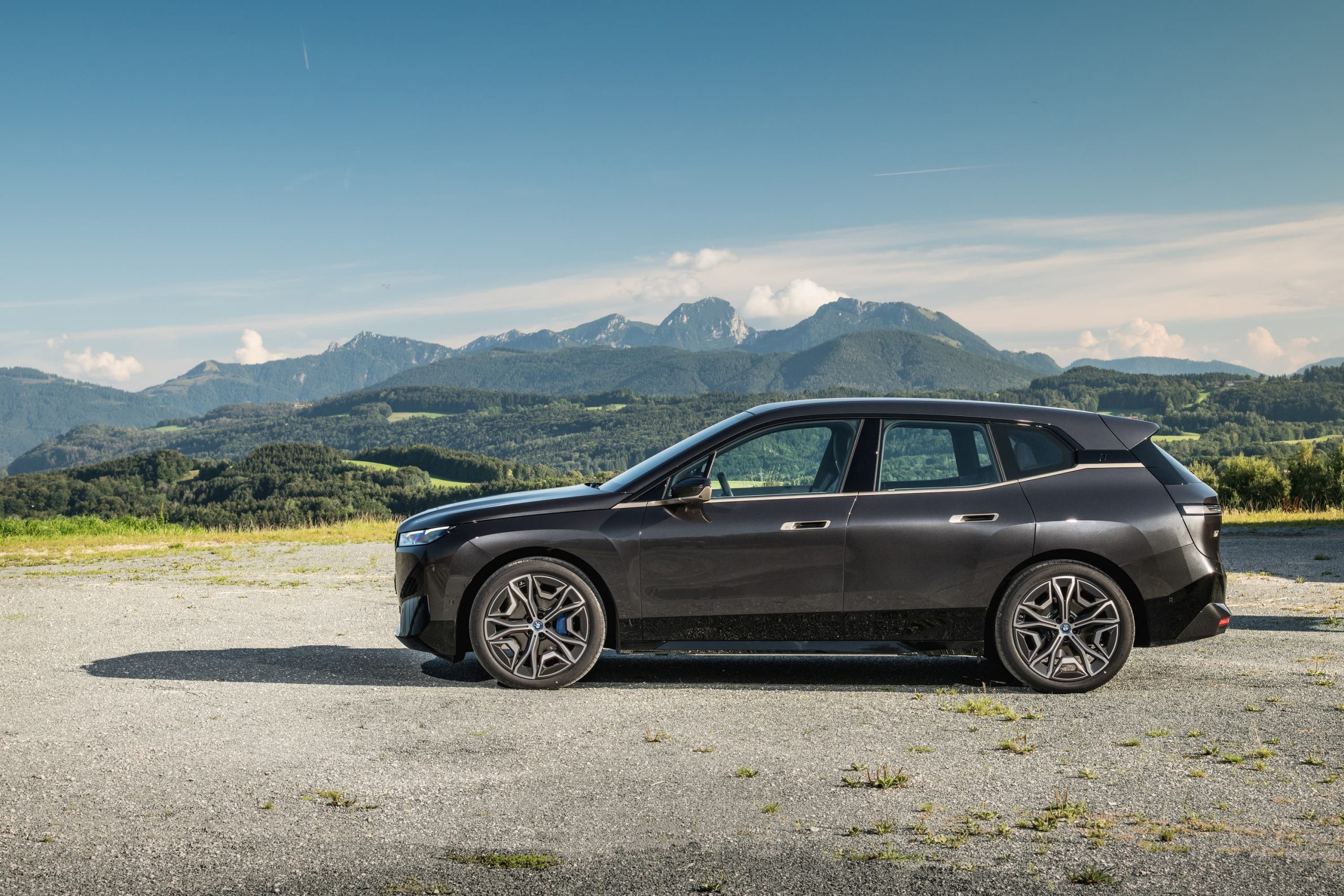 Heavy batteries mean electric vehicle suspension tends to be very stiff to deal with the weight. However, BMW must have employed suspension engineers with degrees from Hogwarts School of Witchcraft and Wizardry because magic is the only explanation for how an electric SUV can ride this well.

This is probably the best-riding EV on the market right now. BMW-owned Rolls-Royce is announcing its first EV this week and I wouldn’t be surprised if the pair have worked together on air suspension technology that has ended up in the iX – it’s that good.

Away from the magic carpet ride, the iX is a generally pleasant steer. There isn’t too much body roll in corners so it’s actually quite fun to drive down a twisting road, while the steering is light enough to make urban driving a breeze. It’s also surprisingly relaxing in heavy traffic thanks to the high driving position and plenty of glass that improves visibility. 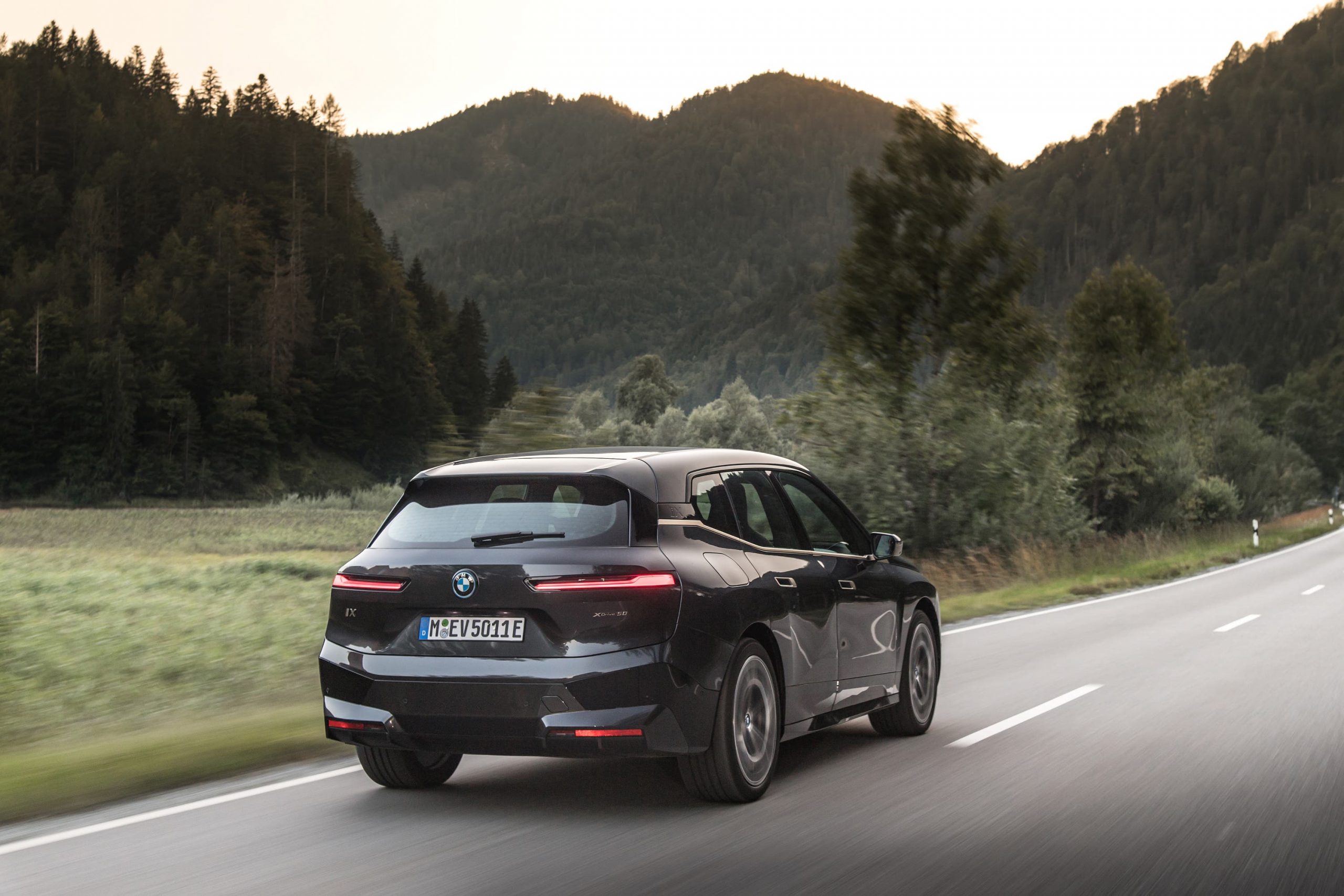 When it comes to the iX’s styling, it’s probably best described as challenging. If you’re looking at the photos and thinking hideous might be a better description you wouldn’t be alone, but the general consensus amongst those attending the launch in Munich is that it looks much better in person – and it actually grew on many of us over our two days with the cars.

Its best angle is at the rear, where the designers have been uncharacteristically restrained. Here you can see its wide wheel arches, while the slim tail lights give it an ultra-modern look. The front takes more getting used to, but its proportions are all in check, with the sharp lines giving it an aggressive look.

The side profile is less successful, with the rear section above the wheels in particular being an awkwardly large bulge of featureless metal. 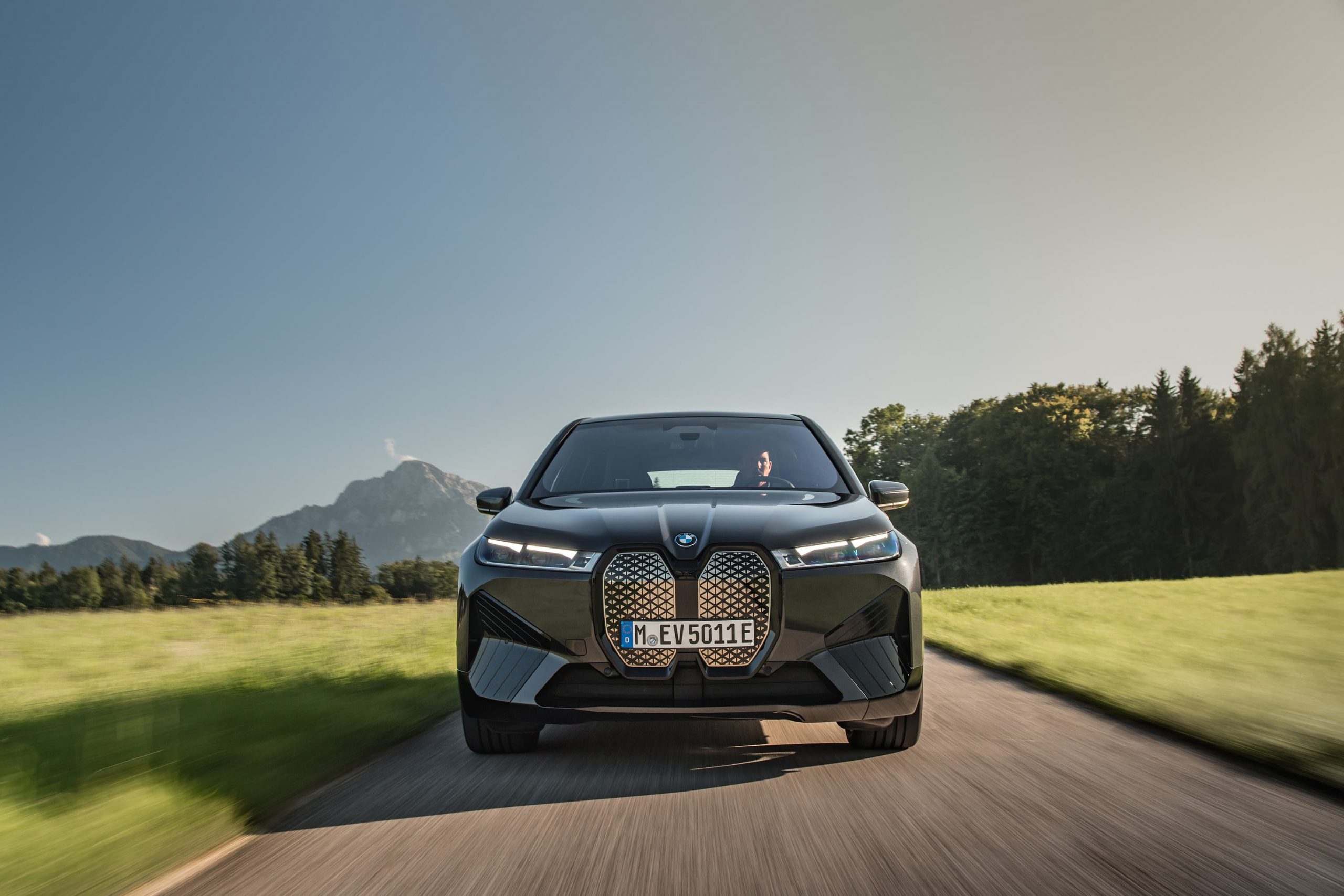 While the exterior might be an acquired taste, the interior will win you over from the moment you jump inside. The iX feels huge inside, owing to the flat-floor construction and tall sides. The dashboard also looks like it stretches out miles ahead of you behind the ultra-wide screens.

The materials are all of the highest quality and the driving position is absolutely spot on with loads of steering wheel adjustment.

Those screens are the highlight, though. They debut the next generation of BMW’s iDrive infotainment system with improved touchscreen operation and voice control features. The curved display has two screens, one replacing the traditional instrument binnacle and the other being the infotainment system – they both work fantastically well, with intuitive operation and high resolutions. 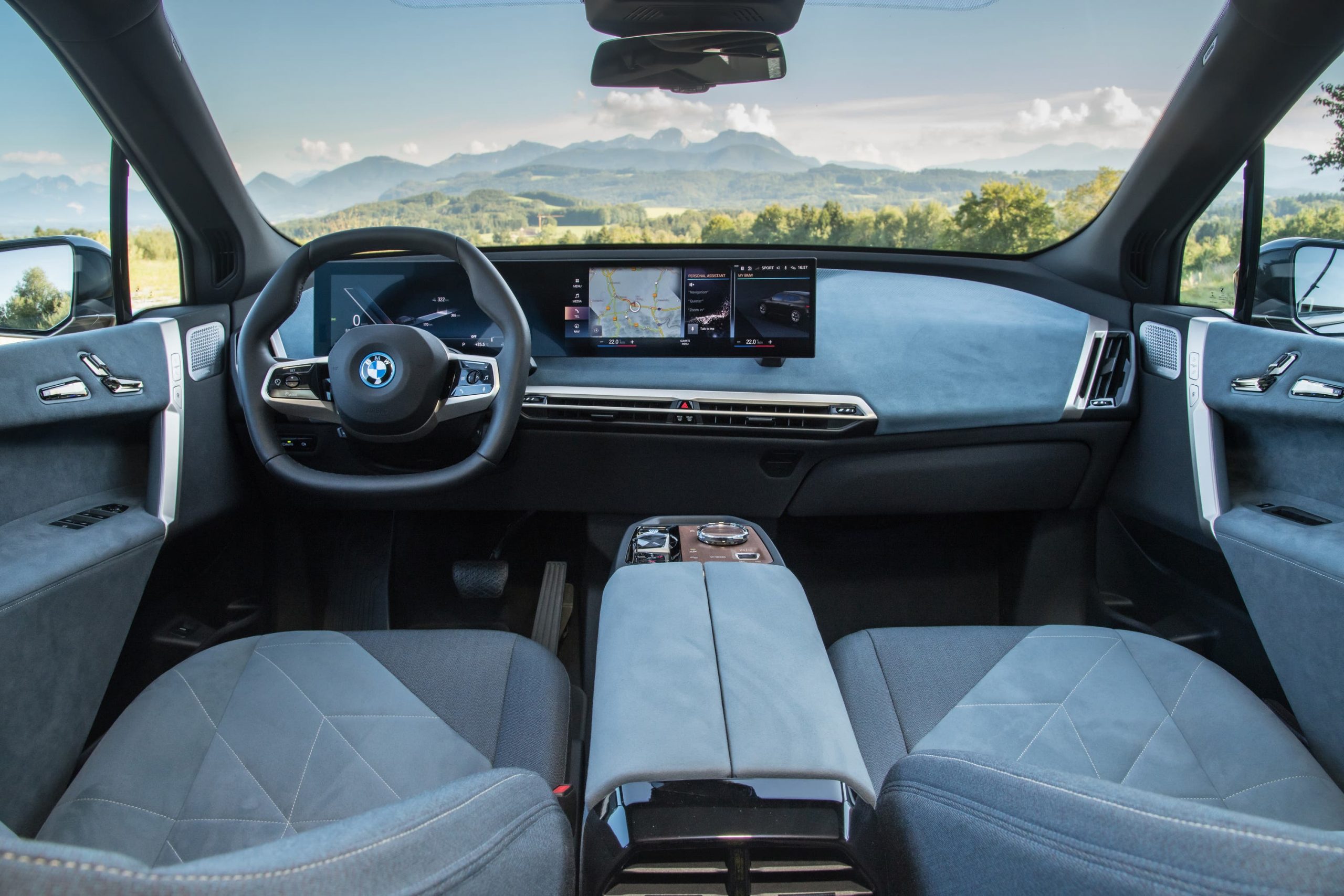 Prices for the iX start at £69,905 for the xDrive40 or £91,905 for the xDrive 50 in entry-level Sport trim. This gives you 21-inch alloy wheels, LED headlights and rear lights, and gloss black exterior trim on the outside, as well as ambient lighting, four-zone air conditioning and heated front seats inside. All models get the twin curved display with a Harman Kardon surround sound system and a wireless charging tray.

Step up to M Sport and prices start at £72,905 for the xDrive40 and £94,905 in xDrive50. This includes Anthracite headlining, an M Sport exterior styling package, and air suspension front and rear for xDrive50 models (it’s only on the rear on xDrive40 models). 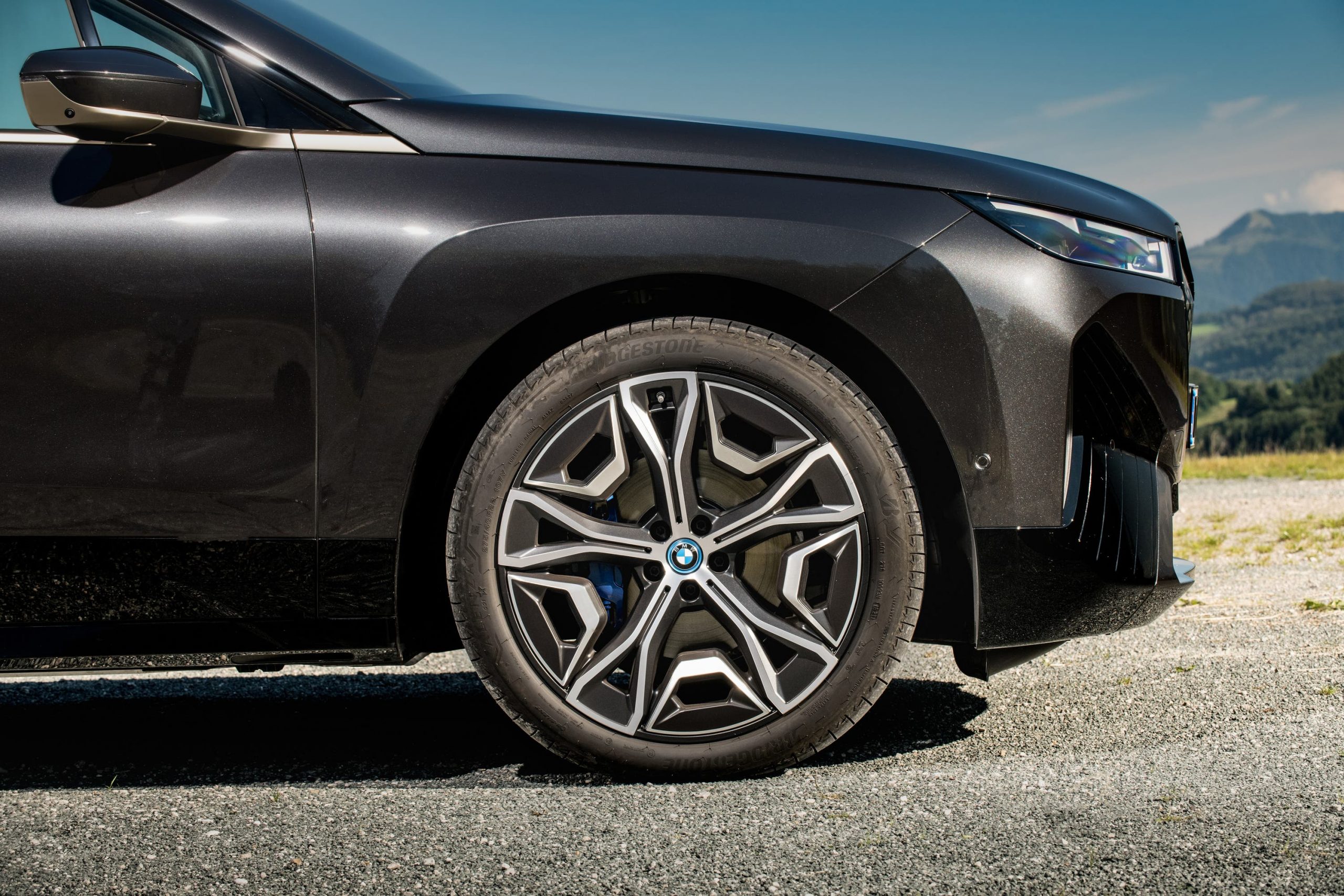 With the iX pitched as BMW’s new flagship electric vehicle, it had lofty targets to hit. It’s fair to say it’s achieved every single one of them. Not only is it supremely comfortable but it’s also surprisingly fun on a winding road, while the xDrive50 model provides exhilarating performance in particular.

The high-performance model also has a hugely impressive range that should provide comfortably more than 300 miles per charge in real world driving, while also being spacious, premium and technologically advanced inside.

If the only thing putting you off is the way it looks, we’d recommend going to see one in the metal. It’s not the prettiest SUV on the market, but it’s certainly a grower – and if you’re still not keen the driving experience should make up for it.