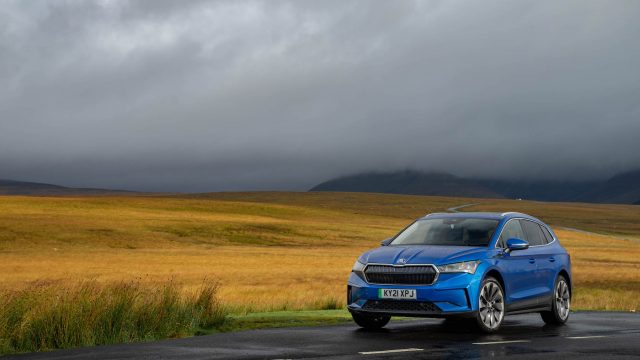 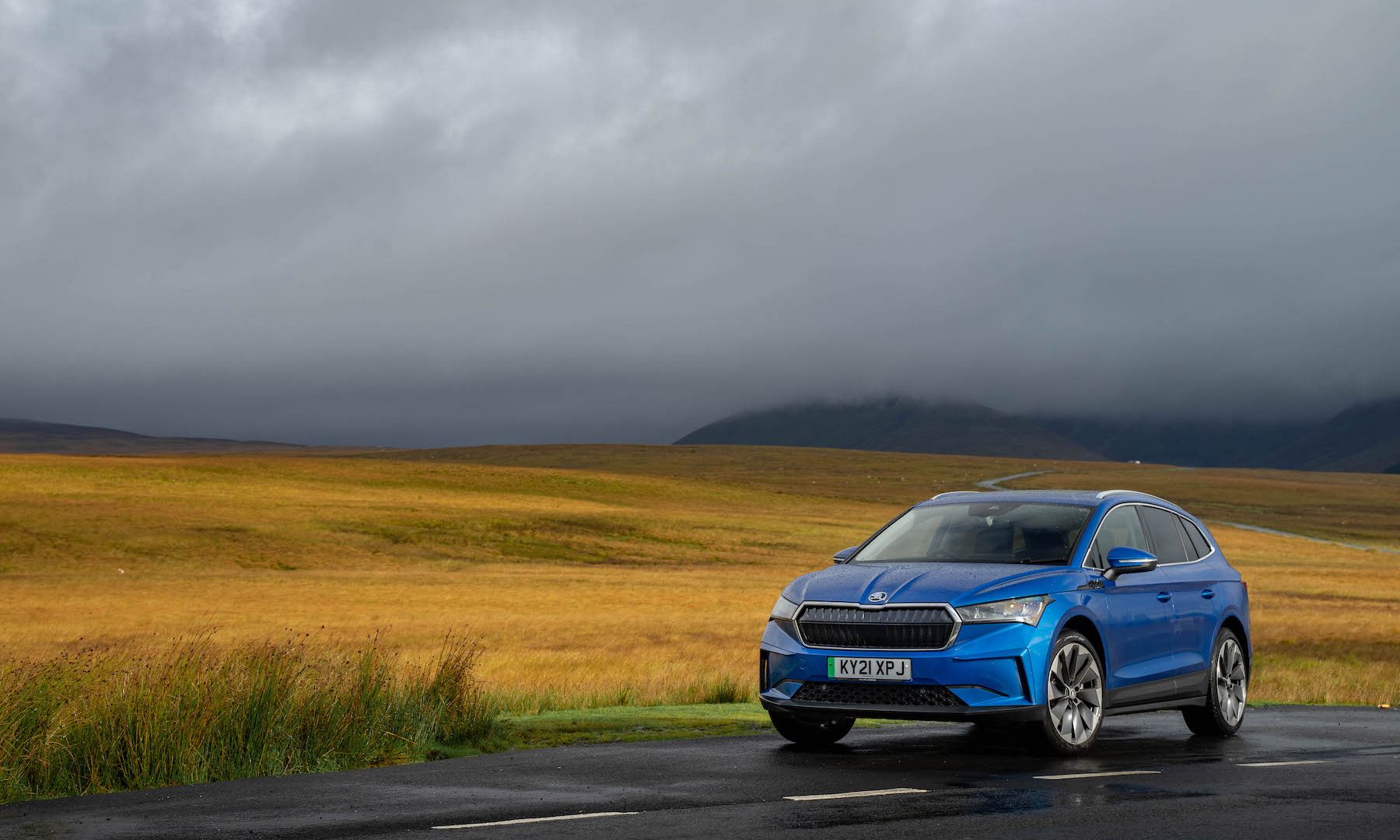 You may be wondering why an apparently conventional family SUV has sneaked into Road Test of the Year 2021 – after all, this is a celebration of the best cars to have launched in the past 12 months.

You might also say why should anyone pay even the slightest attention to another Skoda, even if it is painted in a very attractive shade of ‘Race Blue’. It’s a Skoda – it’s bound to be brilliant but it’s not a car that’ll keep you awake at night, urging you to drive it.

While the Skoda Enyaq (or Enyaq iV to give it its proper name) might look a little too normal compared with some of the more exotic machinery in this year’s group, I was keen to include it. You see, not only are Skoda dealers busy performing test drives and supplying customer orders, but for electric car drivers the Enyaq is arguably the most important car of the year. Here we have a car that comfortably (according to manufacturer-quoted WLTP figures) covers between 250 and 330 miles on a full charge, has space for five, is reasonably priced and goes about its business in typical Skoda fashion – unassumingly and rationally.

It’s a big deal for all of those reasons, but also because you could say it embarrasses Volkswagen. The parent company is making a big deal about its electric cars, especially by setting up the ID. sub-brand. However, the products that have arrived so far – the ID.3 hatchback and ID.4 SUV – are good but a little underwhelming. Some people bemoan the cars’ looks as being a bit too conventional, others find the interior quality a let down, and some have found a few technical issues. When I say some, I mean myself of course. 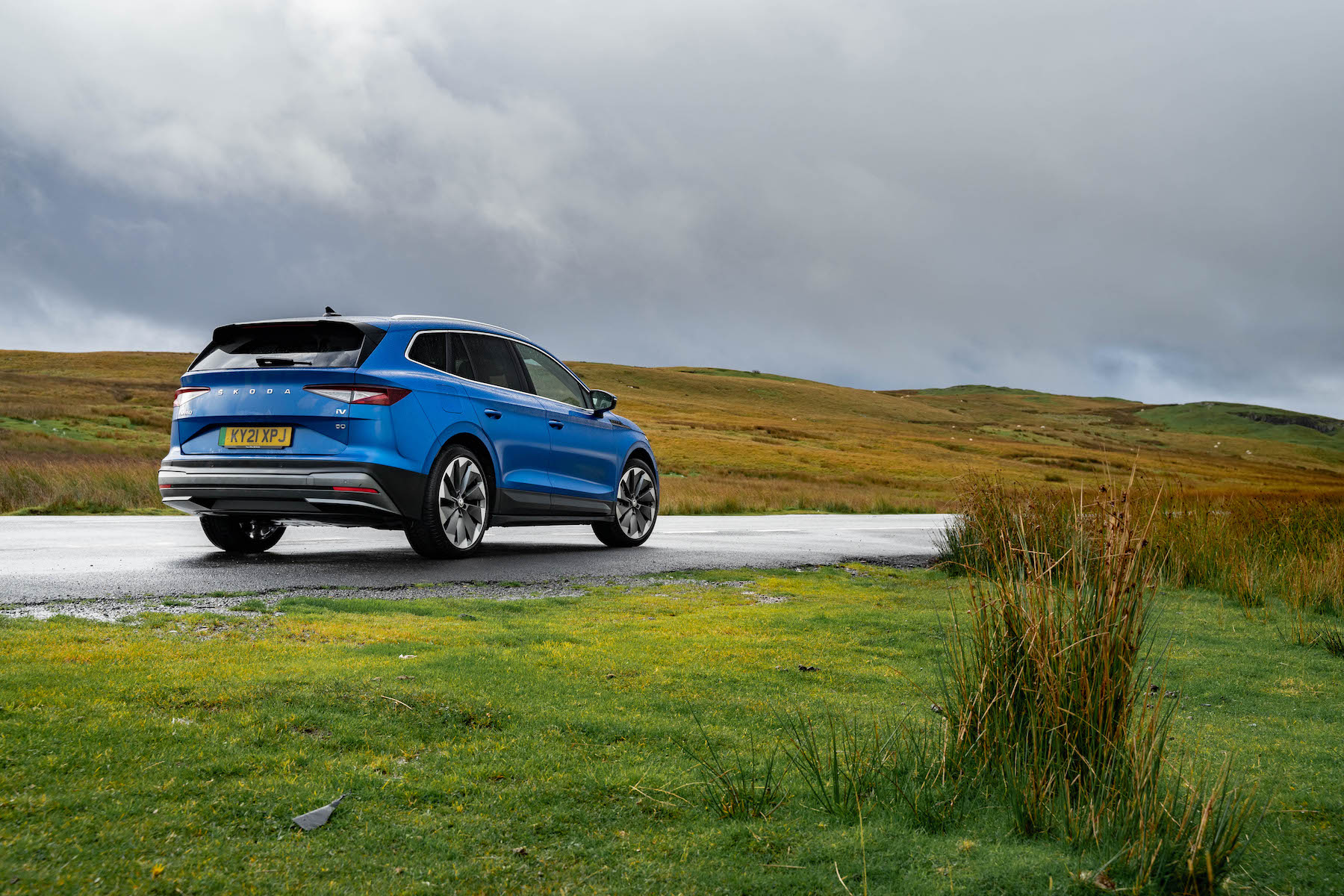 The Enyaq, on the other hand, has slipped into Skoda’s model range and in many ways is just another one of its ever-sprawling SUV offerings, but it’s just powered by electricity rather than petrol or diesel. And by being a Skoda, it’s more practical, better equipped and more spacious than its VW sisters. The surprise, however, is that it’s somehow better to drive, seems to be better made and is just nicer to live with. 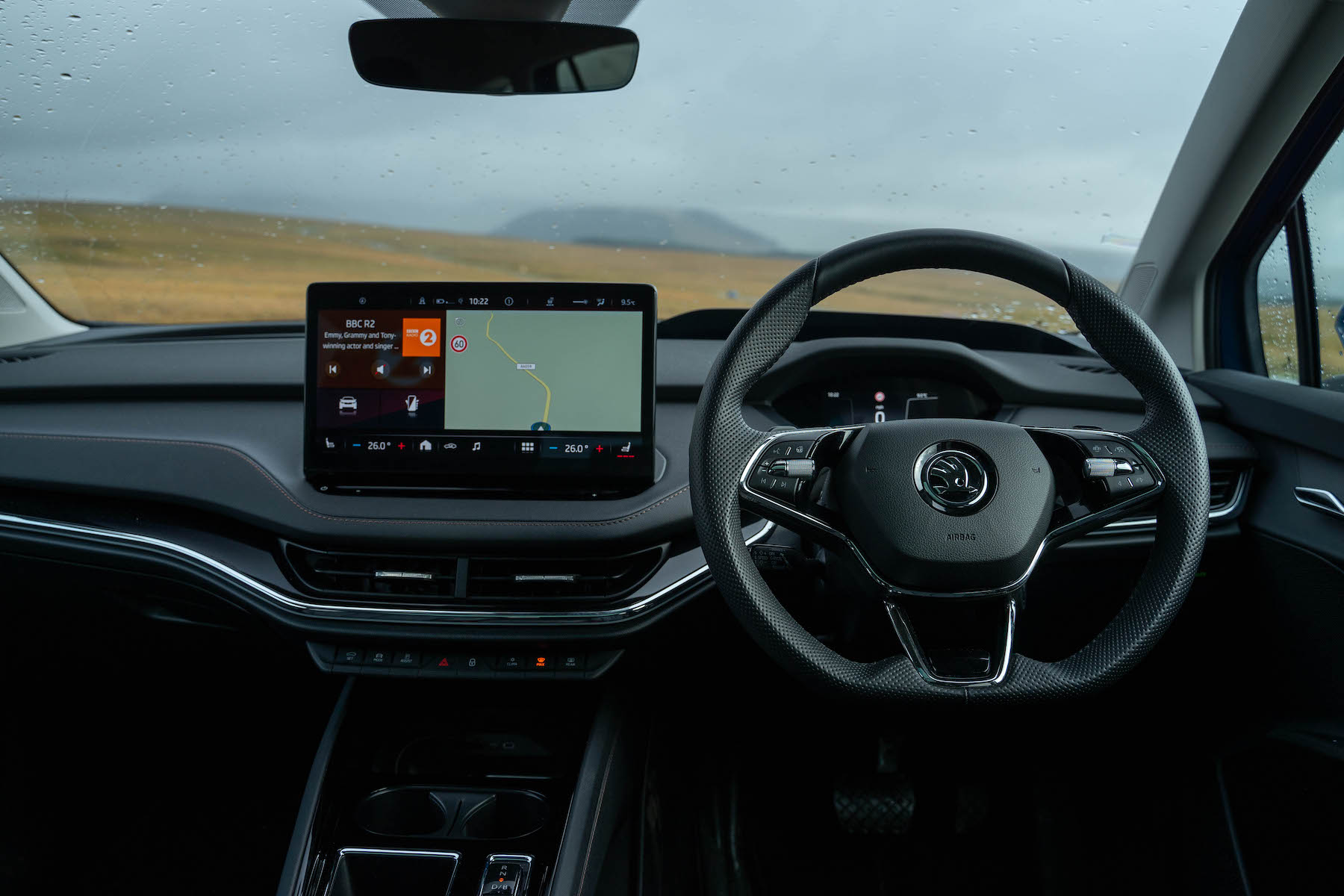 Give the 58kWh battery a full charge and it’ll manage a claimed 256 miles before it runs out, while the larger battery can do 331 miles. The four-wheel-drive version – which combines the 77kWh’s 201bhp electric motor on the rear axle with a 60bhp front-mounted motor – manages 303 miles. Charging times range from around nine hours to nearly 13, but a rapid charge for all takes about 30 minutes.

The Enyaq used in this feature also had a starring role in Car Dealer Power (it was named Car of the Year) a week before, so by the time a nice man from Skoda collected it to take it home, it had covered about 1,000 miles – extensive testing, you might say. During that time, it had averaged 3.4 miles per kWh, or in other words, around 261 miles. Not quite the 331 claimed but a very usable range nonetheless.

Unlike the Ford Mustang Mach-E or Tesla Model Y, the Enyaq doesn’t deliver its thrills in a way we’ve come to expect from electric cars recently. 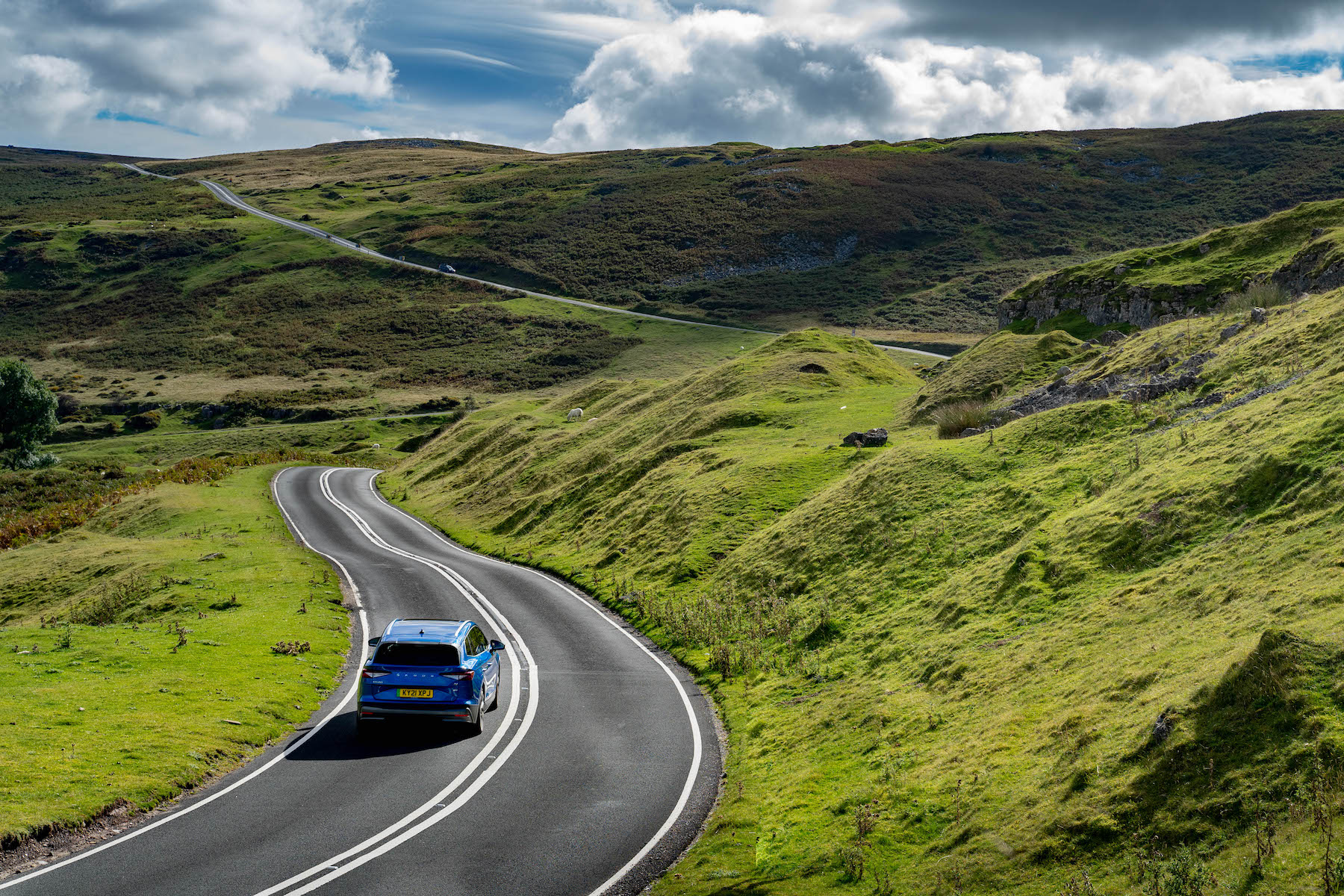 Floor the throttle in many of the Enyaq’s rivals and you’re thrust back into the seat, but that’s not the case with the Skoda. Squeeze the throttle and the speed builds in a measured, relaxed kind way. There’s a bit of body roll and the ride is even quite smooth despite our car’s elegant 21-inch wheels – this is a car that’s perfectly dialled into conventional family living. It’s not fast but it’s not slow – it’s just right.

That doesn’t mean there isn’t a joy to be had driving it. The steering’s nicely weighted and has far more ‘feel’ to it than the Mustang Mach-E’s, and the car changes direction very neatly on a twisty Welsh road. The big wheels certainly help here and make the Enyaq more reactive. Smaller wheels boost comfort levels further and add a bit more electric range but they also dial down the sharp handling.

And all the time, you’re sitting in an interior that’s very nicely built – it feels plusher than an ID.4’s – with a large, easy-to-use sat nav, comfy seats and acres of space for people and things. For me, this is far and away the best pound-for-pound electric car on sale right now.