Home > News > Rockar stores have had an ‘unbelievable’ impact on Hyundai 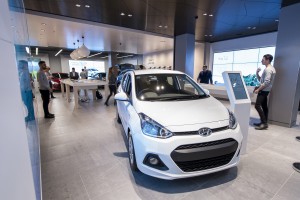 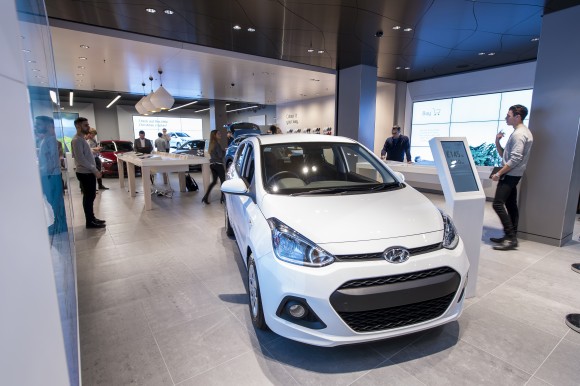 Rockar stores have had an ‘unbelievable’ impact on Hyundai

HYUNDAI’S UK boss Tony Whitehorn has spoken of the ‘unbelievable’ impact the company’s two Rockar stores have had on the brand.

The outlets – in Westfield, London and Bluewater, Kent – were designed to revolutionise the way people buy cars. Hyundai operates them in conjunction with Rockar, a company created to ‘challenge the traditional car-buying process in every way possible’.

Instead of salesmen, the stores are staffed by ‘angels’ (representatives of Rockar Hyundai) equipped with interactive tablets. There are also ‘experience centres’ nearby that contain plenty of cars for customer test-driving.

Whitehorn is in no doubt about the positive impact the two stores have had on the company.

He told us: ‘First of all, we had over 170,000 people visit the store in Bluewater in its first year. It brought a different type of customer to the brand. The average age of buying a brand new car in the industry is around 51 or 52.

‘In Bluewater, the average age of the purchaser is 39. We’re getting a much younger person coming into the store and buying the car.’

He added: ‘There’s a suspicion that 80 to 90 per cent of customers are male in a ”normal” dealership. Within Bluewater, 54 per cent are female. So – what’s the store doing? It’s attracting more females, it’s attracting a younger age group and it’s become a place where the majority of people have never bought a new car before.

‘So we’ve got a new type of customer, they’re younger, and more likely to be female. It’s unbelievable.’

He said: ‘The customers that are visiting us at Bluewater and Westfield are not substitutions, they are incremental. It’s hugely interesting and it helps our brand no end.’

Seven hundred cars were sold at the Bluewater store in its first year. Whitehorn said: ‘So if 700 people bought, out of a total of 170,000 people who went in, that’s a huge number of people who didn’t buy – but they still had a Hyundai experience. And that’s great.’