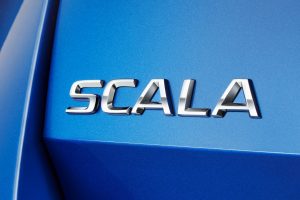 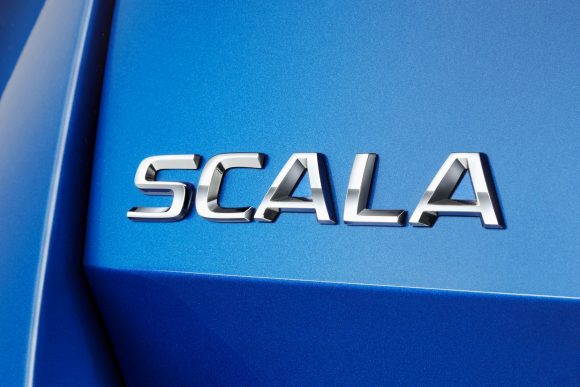 SKODA has confirmed that its next model will be named ‘Scala’ – the Latin word for ‘stairs’ or ‘ladder’.

The new Scala will be a mid-sized hatchback – the brand’s first real foray into this category – and should go head-to-head with some of Britain’s best-selling models such as the Ford Focus and Volkswagen Golf.

The current Skoda Octavia is based on the same underpinnings as the Golf, but the Czech brand’s ethos of offering good value for money means it’s far larger and competes confidently with cars in the class above it.

The Octavia’s smaller sibling is the Skoda Rapid, a budget offering in the segment and one that’s not given its rivals too much trouble.

Bernhard Maier, chairman of the board at Skoda, said: ‘With the new Skoda Scala, we are proposing a new chapter in the compact class of Skoda.

‘It is a completely new development that sets standards in terms of technology, safety and design in this class. We are confident that the Scala has the best chance to redefine the A-segment for Skoda.’

The Scala was previewed at the 2018 Paris Motor Show by the Vision RS concept, so it’s likely that the new car’s styling will be a toned-down version of that.

While the show concept featured a hybrid powertrain, most of the models in Scala’s line-up when the car enters production will probably include traditional petrol and diesel units.

It’s also expected to be the first Skoda to be based on the ‘MQB A0’ chassis architecture already used to make the new Audi A1, Seat Ibiza and VW Polo.

Teaser images show only the car’s badging, but indicate that the Scala will feature the Skoda name spelled out across an extended glass tailgate – instead of on a traditional badge.