Home > News > Sean Speaks: Demand for used cars is rising so keep ahead of changing trends 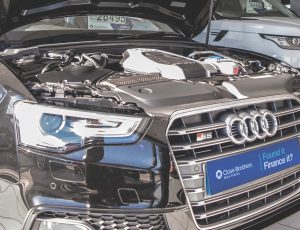 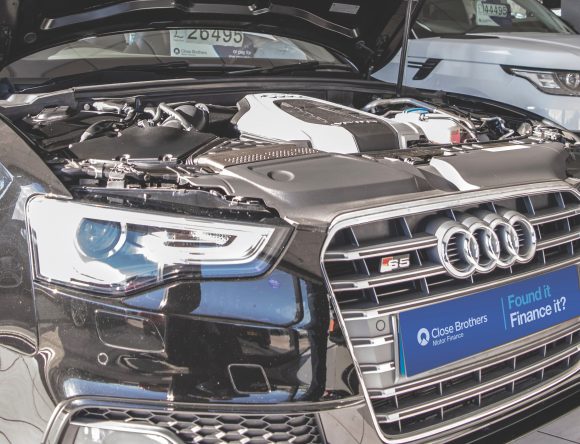 Sean Speaks: Demand for used cars is rising so keep ahead of changing trends

LAST year was widely hailed as the Year of the Used Car but, in actual fact, demand for new cars turned out to be marginally higher than that for used vehicles.

This year, however, the balance has tipped in favour of used cars.

A total of 2.4 million drivers have changed their minds about buying a new car since last year, opting for a used one instead.

Figures from the latest Britain Under the Bonnet report compiled by Close Brothers Motor Finance show that 49 per cent of drivers would opt for a used car when the time came to replace their current vehicle – up from 41 per cent a year ago. Meanwhile, 34 per cent were considering a new car as their next motor – a decrease of eight percentage points.

The Society of Motor Manufacturers and Traders (SMMT), having surveyed industry projections based on new car and LCV registrations in the UK, is of the opinion that new car sales will go through a gradual decline over the next two years.

This trend seems to be reflected in car production, which declined a significant 14 per cent in March, according to the SMMT.

The reasons behind the current shift towards used vehicles are many and varied.

Firstly, consumer confidence has been hit as the market faces a global slowdown.

Secondly, there is uncertainty about Brexit, which we now know will drag on until at least October.

Thirdly, consumers are confused about which fuel to use. Those of us in the industry are well aware that modern diesel vehicles are cleaner and greener than ever, but that hasn’t stopped the government demonising the fuel and turning people away from it.

Price is increasingly becoming a factor in the car-buying process too, with the stats suggesting that customers are looking at cheaper models.

Forty-eight per cent of drivers said Brexit had had a negative impact on their plans to buy a car in the next three years, with a third of these drivers saying they were more likely to buy a used car or delay buying a car because they were concerned about the UK’s departure from the EU.

The Office for National Statistics (ONS) found that household spending has decreased in the last year primarily due to house prices being flat.

WLTP was a factor towards the end of last year and poor model availability can sometimes deter potential buyers. Some vehicles take six months-plus to arrive.

There’s another important point, too. Buyers of new cars have long had access to finance to fund their purchase and now that is happening increasingly in the used space, with a range of different arrangements being offered.

On the business side of things, we have seen the larger dealer groups shifting their focus from new to used, and each month, auction houses announce record levels of attendance as dealers go the extra mile to snap up a bargain.

All this activity leads to increased wholesale values for vehicles, but dealers will be wary of attempting to pass too much of that expense on to their customers, who, as we have already discussed, seem to be thinking twice before making those big-ticket purchases.

Other income streams then need to be added to the equation to support the overall profit per unit figure. One thing we have seen is that dealers are becoming more savvy on what vehicles to purchase for their forecourt.

Now to the crucial point: What should dealers be doing to address the shift in consumer preference towards used cars?

Firstly, we would advise you to consider your current stock profile and assess whether it is still relevant in today’s climate.

With most consumers  completing research online, ensure your digital forecourt allows your  stock to stand out.

Remember that dealers can be a source of information on any areas of confusion, and a point of reassurance.

And bear in mind that opportunities are arising across the industry, regardless of Brexit. Our most recent Britain Under The Bonnet report found that there has been growth in interest in ultra low-emission vehicles, as well as interest in other specific models.

Finally, let’s not forget that despite the fact that although we are most definitely living in interesting times, there are plenty of reasons to be cheerful.

Here are some more findings from our Britain Under The Bonnet survey that would seem to back that up: The vast majority of motor dealers (95 per cent) said they were confident about business prospects in the market for 2019 – up from 93 per cent last year.

Two-thirds of dealers (68 per cent) could point to specific opportunities for their business in the months ahead.

For nearly a quarter (24 per cent), maintaining the stability of the business was the reason to be confident about the immediate future. And one in five (19 per cent) said they had experienced an increased demand for models (up from six per cent the previous quarter).

Sean Kemple is director of sales at Close Brothers Motor Finance, one of the UK’s leading providers of motor finance. The company works with over 8,000 dealers and provides finance for new and used cars, LCVs, motorcycles, caravans and motorhomes. Go to closemotorfinance.co.uk to find out more.