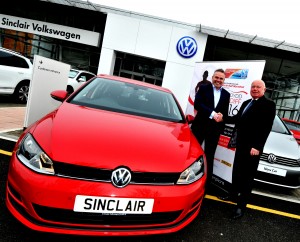 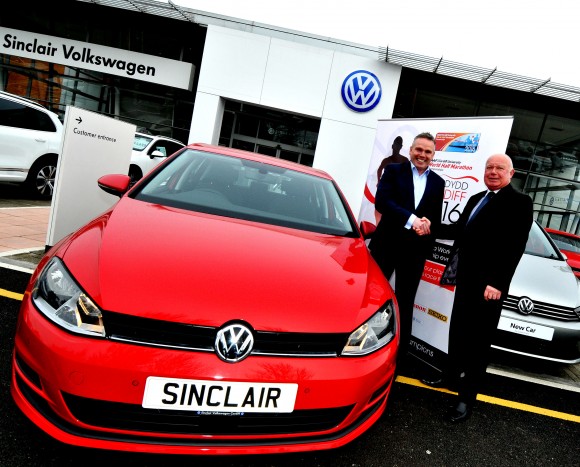 SINCLAIR Volkswagen, one of the leading retailer groups in Wales, will be the driving force behind the biggest ever road race to take place in the country. 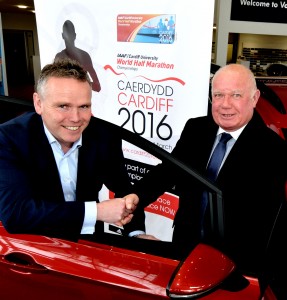 The family-owned business will be providing the support vehicles for the IAAF Cardiff University World Half Marathon Championships on 26 March, 2016.

The race will see double world and Olympic champion Mo Farah head a list of global stars competing on the streets of Cardiff in the elite event, while the mass race is set to attract more than 20,000 runners.

The championship event is being delivered by Run 4 Wales and is expected to attract tens of thousands of fans to the streets of Cardiff for what is only the fourth time the World Half Marathon Championships have been staged in the UK.

Sinclair Volkswagen will secure extra ‘home’ interest by providing 14 Volkswagen vehicles from its range to support all the runners in both the elite and mass races on the day.

Richard Seaward, head of franchise for Sinclair Volkswagen, which has sites in Cardiff, Newport, Bridgend, Port Talbot, Swansea and Neyland, said his company is thrilled to be involved in delivering one of the biggest sporting events to ever come to Wales and invites race enthusiasts to enter its online competition to watch the entire race from a seat in the lead car.

He said: ‘This is a huge occasion for the whole of Wales and, as a proud Welsh company, we are delighted to be playing a part in helping the event run as successfully as possible.

‘Hopefully our timing cars will help Mo Farah to glory for Team GB and produce a fantastic time, while many of our other vehicles will be there to provide support to those competing in the mass participation event which will provide such a great spectacle on the streets of Cardiff.’

Matt Newman, chief executive of Run 4 Wales, added: ‘Sinclair Volkswagen has a track record of supporting Welsh sport and we are delighted to have such a strong local brand involved in Cardiff 2016.

‘From the timing cars at the front of the World Championships race to the transport for the elite athletes and officials including Mo Farah and Lord Sebastian Coe, Sinclair Volkswagen will play a major role in the most high-profile athletics event ever held in Wales.’