Home > News > Skoda Fabia is What Car? Car of the Year 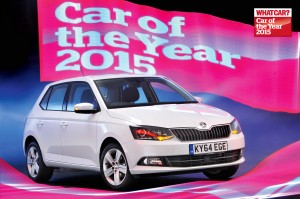 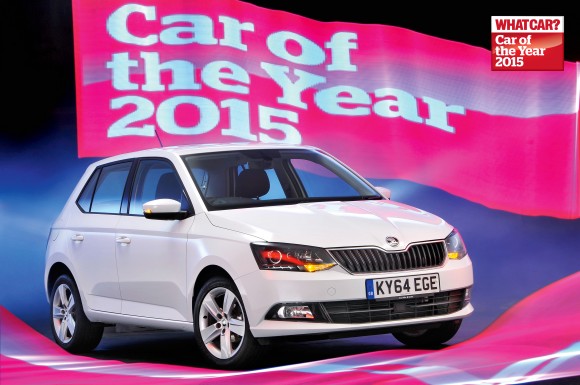 Skoda Fabia is What Car? Car of the Year

THE Skoda Fabia has won one of the most prestigious motoring awards in the UK – What Car? Car of the Year.

The Czech model, which also won the Small Car category at last night’s ceremony, scooped the main prize exactly 15 years after winning it for the first time.

What Car?’s Car of the Year Awards, in association with Warranty Direct and held at the Grosvenor House Hotel in London’s Park Lane, are highly-prized by manufacturers and the car-buying public. Awards are presented in 16 categories but only the car that delivers best against the judging panel’s stringent criteria wins the overall Car of the Year prize.

The winning Skoda Fabia 1.2 TSI 90 SE model beat stiff competition from 25 other vehicles that made the overall COTY shortlist.

What Car?’s panel of judges praised the Fabia’s turbocharged 1.2-litre petrol engine, which combines punchy and flexible performance with impressive efficiency credentials – vitally important for private and company car drivers who will appreciate its potential 60.1mpg (EU combined) and 107g/km emissions, putting it in VED band B (£0 first year, £20 thereafter).

It also beats its main rivals in the small car class – the Ford Fiesta and VW Polo – for space and practicality, while the technology that comes as standard on the Fabia includes a 6.5-inch touch-screen and system that can sync with Android phones to provide sat-nav.

What Car? editor Jim Holder said: ‘The Fabia is a fully deserved winner of our most sought-after award. Whichever way you cut it, the Fabia is the most rounded small car on sale in the UK today.’

Other winners include another Skoda, the Octavia, in the Family Car sector, the Audi A3 e-tron (electric car), Citroen Grand C4 Picasso (MPV) and the Sunderland-built Nissan Qashqai.

CAR OF THE YEAR